On behalf of APA, I spent last week in Washington, DC, attending the annual meeting of visual arts association leaders, meeting with various Congressional representatives to encourage support of Copyright Office Modernization and passage of a Copyright Small Claims Bill, and participating in a USPTO symposium on Developing the Digital Marketplace for Copyrighted Works.  APA was also represented by Executive Director Juliette Wolf-Robin and Advocacy Chair Michael Grecco.

On Wednesday, Michael Grecco participated in the Creative Rights Caucus briefing on the need for strong copyright regulations and a small claims alternative to federal court.  Participating along with Michael were photographers Denis Reggie and Anne Geddes.  The event was hosted by Representatives Judy Chu and Doug Collins along with David Trust with PPA.  The event was well attended and well received.

It was very encouraging when later in the week, Representatives Goodlatte and Conyers released a joint statement on Reform of the US Copyright Office and indicated support for Small Claims and IT upgrades among other important issues.

The statement can be found at   https://judiciary.house.gov/wp-content/uploads/2016/12/Copyright-Reform.pdf 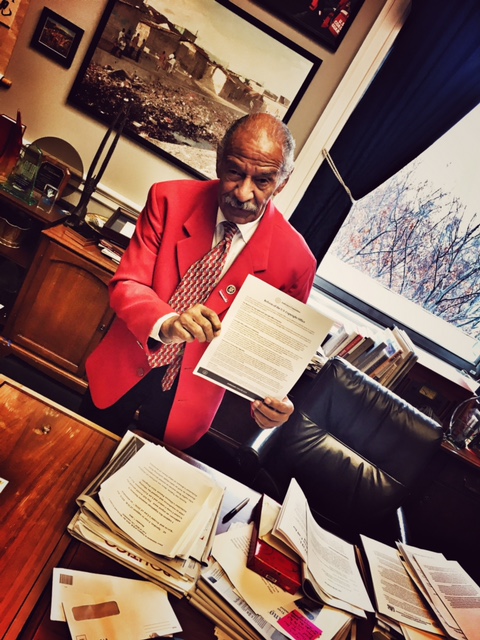 Both of these actions are very positive, but the battle is not over by any means. There will be those who oppose small claims and modernization because they are favored by the status quo. APA along with the other visual arts associations – PPA, ASMP, NANPA, GAG, NPPA, and DMLA  - are working together to encourage support through grass roots efforts and Congressional meetings.

Please feel free to express your support of these actions to your Congressperson. Each voice is important. Exercise your rights and show support for Small Claims and Copyright Office Modernization.