APA and this community of day-to-day working visual artists and authors have a “considerable interest in how the resolution of this matter will impact the rights in their original creations,” states the brief. They submitted this brief primarily in opposition to the amicus brief filed by the Andy Warhol Foundation “and other elite foundations and museums who do not represent the views of working artists.”

APA members have a strong interest in the issues presented by this case “because their businesses and livelihoods depend upon the broadly defined subject matter that is protected under the ‘derivative works’ right in the Copyright Act,” according to the brief. More specifically, APA members “operate businesses which rely heavily upon, and derive substantial revenues from, a large, broadly defined, secondary and derivative market for the use of existing photographic work.” The brief states that “APA members seek to preserve the licensing possibilities presented by this secondary and derivative market, and they seek a consistent application of the principles under which this market has traditionally functioned.”

The Brief gives the following concerning the artist groups’ reasoning for filing:
Prince took Cariou’s photographs and displayed them as his own in his Five Paintings. He did not avail himself of any avenues by which he could easily have obtained permission to use Cariou’s creations or other readily licensable images. He minimally altered the photographs; it was a bare display of Cariou’s original work. As a result, Prince also usurped Cariou’s right to control the marketing and exposure of Cariou’s original aesthetic vision. Defendants and the Warhol Foundation propose an application of the “reasonable person” standard that would not even require modification of the original photographs’ aesthetic in any way. Such a standard would permit appropriating artists to circumvent the available licensing systems, knowing that a standard that permits simple after-the-fact rationalization for appropriation as a “fair use” defense forecloses many less-endowed visual artists from fighting them in the courts.

In short, such a standard deprives copyright owners of both their original copyrighted vision, as well as the additional valuable property rights conferred by the statutory scheme. Photographers, and all creators of original work, should not be deprived of their work’s value on the basis of appropriation.

Plaintiff, Patrick Cariou, as well as Defendants, Richard Prince, the Gagosian Gallery, Inc., and Lawrence Gagosian have all, through their legal counsel, consented to the submission of this brief. 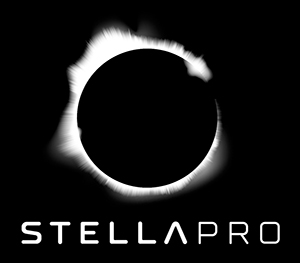 The leader in portable lighting innovation since 1989