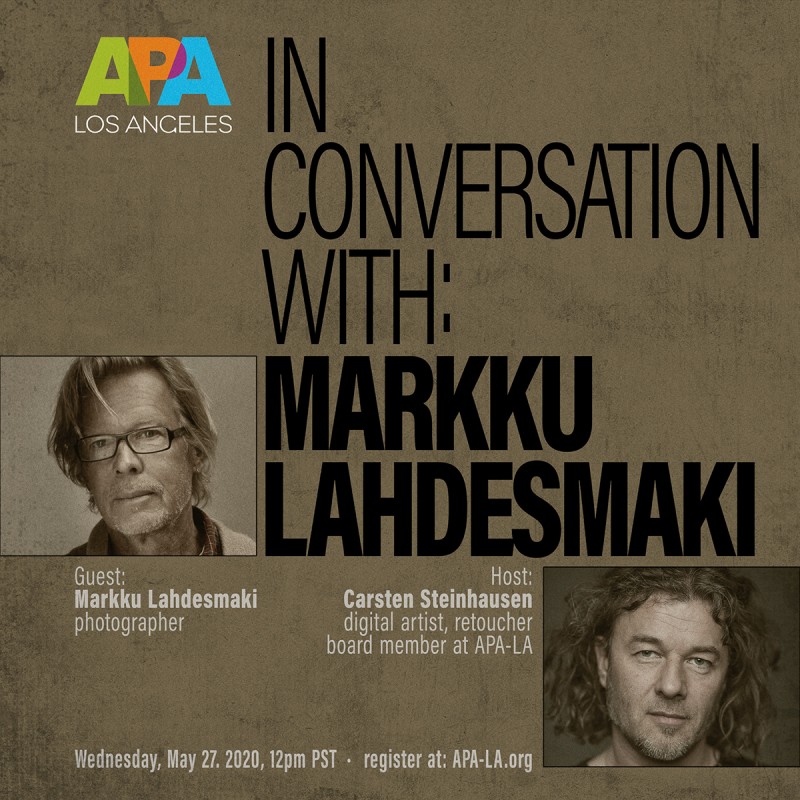 Markku Lahdesmaki was born in Finland. He was eight years of age when his uncle gave him a simple black-and-white camera to take photos of the family. His second camera was a Hasselblad at the age of 16. His father asked him what he wanted as a birthday present, a Hasselblad camera or a motorbike. He thought that by making money with his camera he could buy a motorbike later.

For the past 20 years Markku has lived in California working with his wife for clients such as GE, AT&T, Toyota, Honda, Nike, Adidas, Apple, Microsoft, Intel, Sony, Pioneer, Sprint, Gillette and many others. They have two sons Tomi and Julian, both artists.

Markku tries to create unique images that will tell a story, entertain the viewer with a bit of peculiar humor and create a touching little world. Most of his ideas are based on values he wants to share; joy of life, peace of mind, sense of humor and appreciation for our existence, basic good things that too often are taken for granted.

Carsten, board member and creative director at APA LA, is a digital artist/high end retoucher and specialize in complex digital compositing, high end retouching, finishing, photo illustration, pre-press, press-checks, book design, digital printing. He received his professional training in lithography, graphic design and pre-press in Germany and started his own company DesignCSC back in Germany in the 1990’s and worked for advertising agencies in both Europe and the United States before relocating to Los Angeles in 2000. Since then, his focus has been on providing digital retouching and photo compositing services for editorial, entertainment and advertising campaigns as well as the music industry.  He has collaborated with artists and publishers on several outstanding book projects where his skills cover a variety of tasks, from simple image optimization to book design and the whole pre-press operation and press check.
Carsten lives in Hollywood, Los Angeles.