By Staff in Recognition, San Francisco 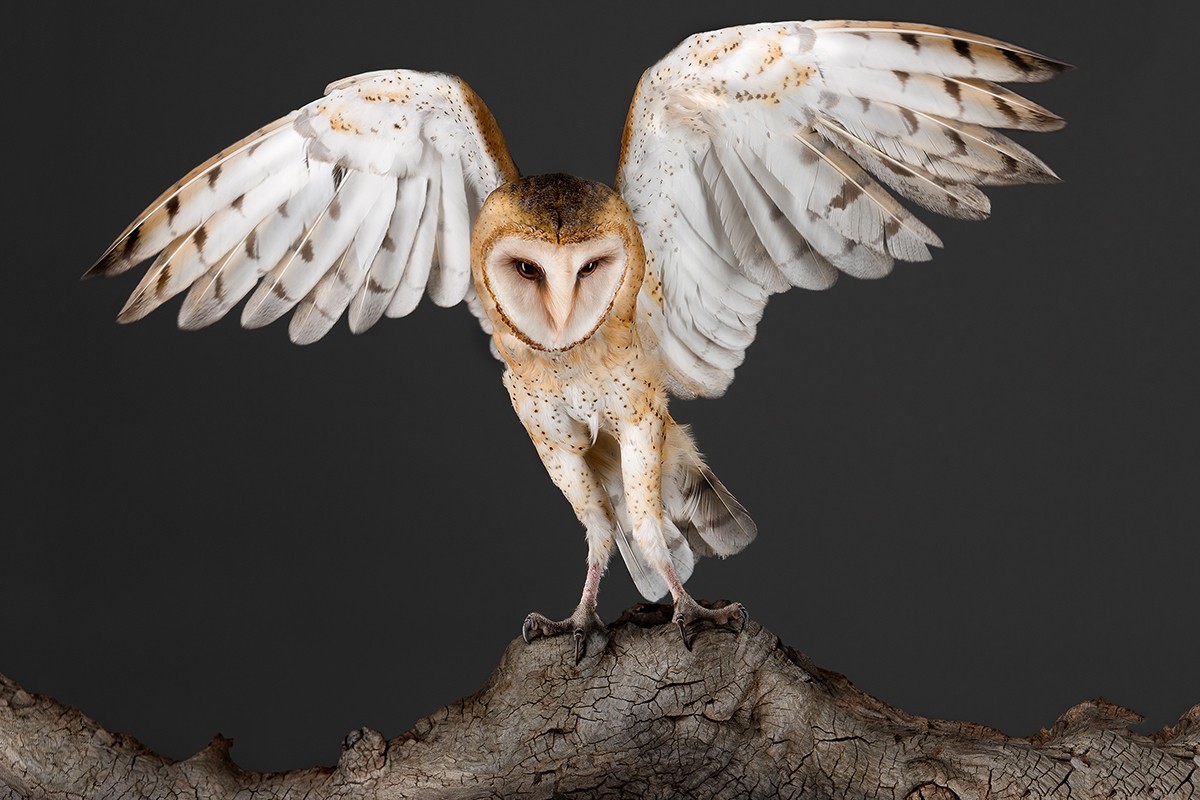 © Peter Samuels. This beauty is Garbo the Barn Owl, with a graceful demeanor and ballerina like moves, Garbo, like her namesake, brings a room to life—until you hear her shriek... while others say ‘who’, the Barn Owl makes a raspy hiss that’s akin to the exorcist... However, with a face that inspires wizardly and magical incarnations, a few awkward sounds can be overlooked. Garbo is living happily in Santa Rosa at the Bird Rescue Center.

"Fairy Tale Animals" is a collection of serious and whimsical animal portraits from various childhood stories. The series began when Samuels was offered to photograph a animal through an animal trainer at a reduced rate. Peter preferred to photograph a Wallaby, but as the story goes, he could only afford the donkey... ”Stabley” the donkey was fortuitous as his success was the genesis of what would become an awesome series. It should be noted that all of the artist’s subjects are living animals!

Peter Samuels is a longtime APA member who has won numerous awards and shoots for many leading brands including Blue Shield, AT&T Wireless, Sony and Northface. In his bio statement he says, “Being a professional commercial photographer since the dawn of time (circa 1990..) my creative career path has seen a few evolutionary progressions over the years. Then, in 2009 a dog named, Leica became my muse and a new photographic passion was realized. However, I soon learned she was a gateway dog as I began photographing more dogs, then cats, horses and before I knew it, even farm animals were becoming suspicious. While my time with Leica was sadly cut short, she lovingly inspired a new direction in my work and career—good dog.”

An opening reception for "Fairy Tale Animals" will be held on Friday, March 4 from 5pm-11pm, and the exhibit will be on display through March 26, 2016 at 111 Minna Gallery, 111 Minna Street, San Francisco, CA.