It is unlikely that there is anyone among us who has not had to chase a client for payment due. The stats are that upwards of 80% of freelancers have had clients who have been slow to pay what they owe, or haven’t paid at all. But now help is on the way...

Since 2016 New York City has had a law on the books protecting freelancers from clients who don’t pay. Now, a bill has been proposed in the State Legislature called the Freelance Isn’t Free Act, that will expand those protections for freelancers.

APA NY Board members, Travis Keyes, Jeremy Lips, and Paul Ip, joined state legislators for the introduction of the bill.

Why, even if you live in NYC and benefit from the law already in place, does this matter to you? Because this bill adds more muscle to that New York City law - and it covers more workers.

Here’s what the Freelance Isn’t Free Act, Bill S8369 will do if passed:

The passage of this bill is not a given. We need you! 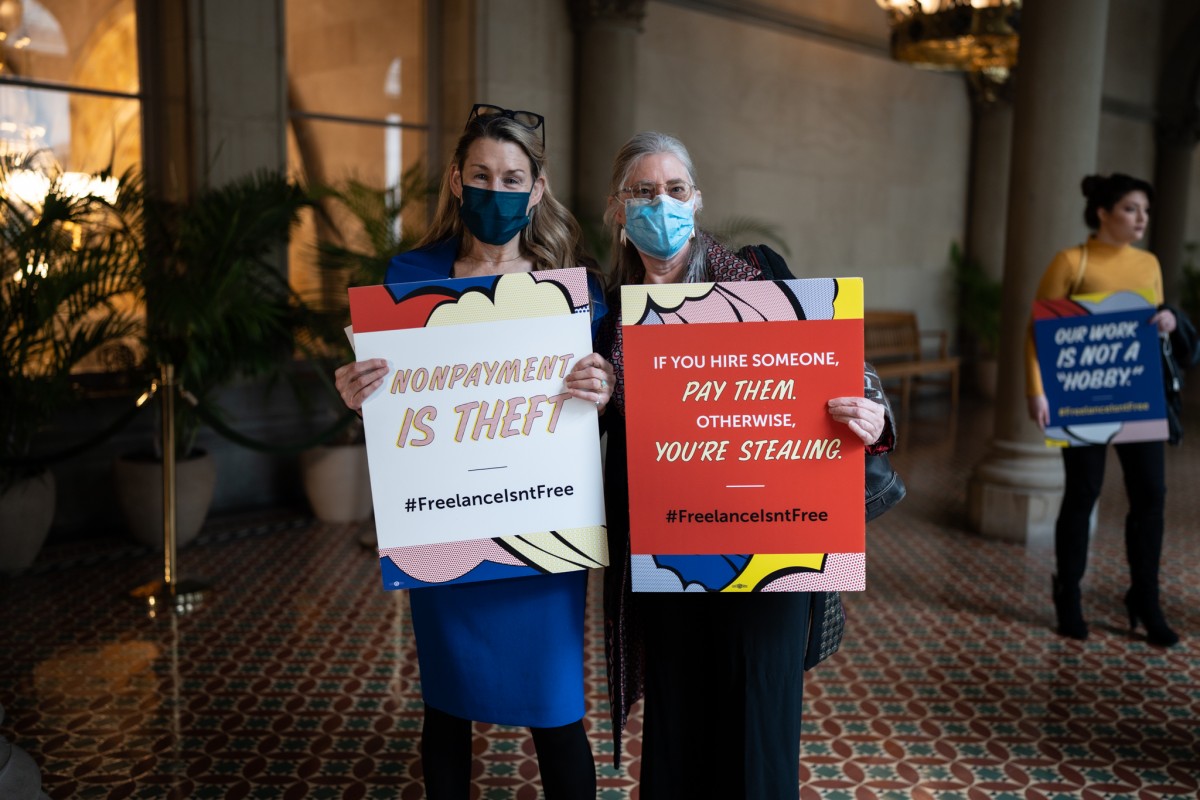 You can help the Freelance Isn’t Free Act pass by adding your voice to the fight. Here’s how:

Now is the time to make your voices heard! Let's get this bill passed!