We recently caught-up with APA member Kristofer Dan-Bergman to discuss the importance of personal work to his growth as a visual communicator - here's what he has to say. 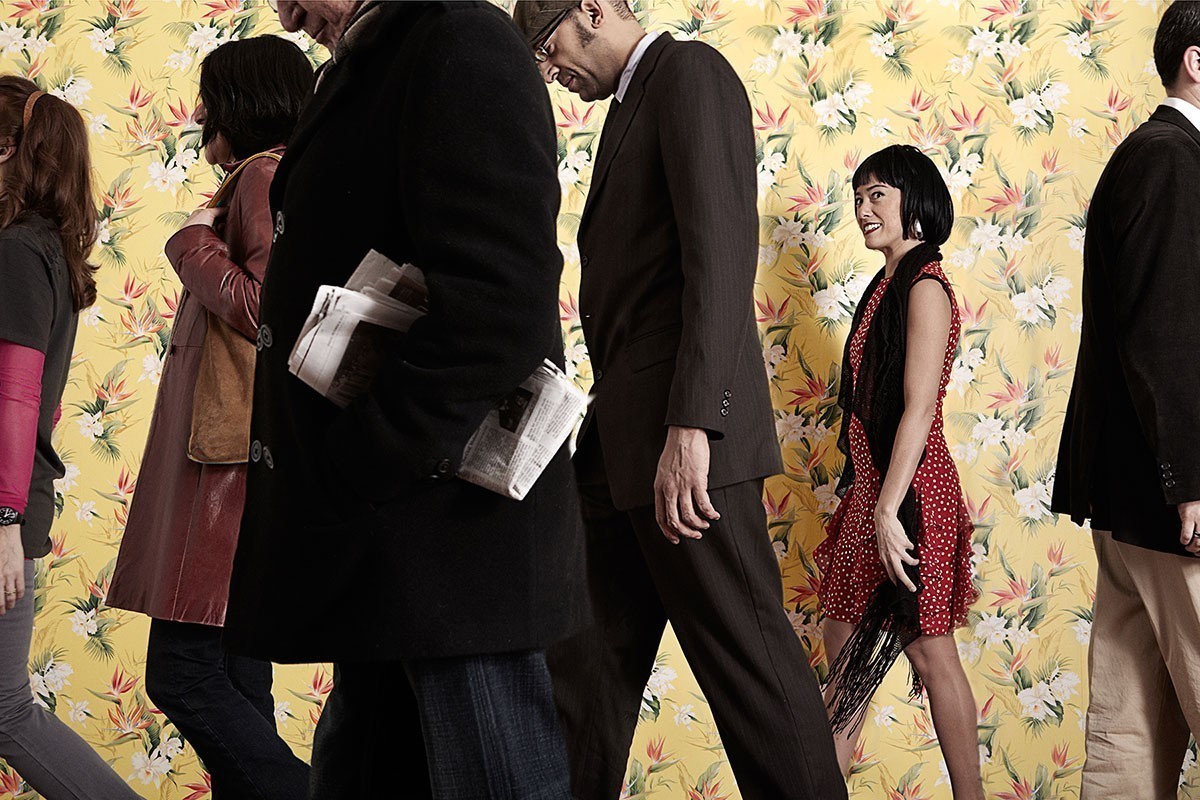 Q: Is there an underlining theme to your personal projects?
Not that I'm aware of unless the viewer can point that out.

There are certain projects however that are connected. Two series (S_PACE and Away) that recently have received some great recognition/awards are connected and part of a longer continuous series I am shooting. I personally call this series First Degree (FD) because it's based on people that are connected to me within one degree of separation, meaning my friends.

Once a year I invite them to my studio with a different concept in mind. I give them a rough outline, in an invite, what the shoot is about and I tell them in general terms what color scheme to dress. I also provide a few reference photos. The idea is to keep it open so that the participants will use their imagination and creative input to add to the exercise/project and surprise me.

Q: Did you have specific visuals in mind when starting or do you start with the setting (like a frame)?
Depending on the project, usually when I work on a still life project I do it because I want to explore and see how I interpret the object and how it relates and talks to me. Two of those projects were about stones and a book. In both cases I closed myself into the studio for a week or two, cranking up the music and dancing around. If nothing happens, nothing happens but my brain has moved forward. These two examples became two shows 'Touch' and 'Unbound'. However I did start them both with having decided to shoot them on a plain background so there is some kind of 'framing' from the beginning.

Most projects are open ended and really never finished, a journey of exploring. Most likely this comes from the documentary side of my profession (Garissa-Kenya, Dessert people (Mali), Karen People (Burma/Thailand), Women in Crises (Cambodia) and my view of life.

In my 'friends’ project I do create the framework for the participants to explore. It could be an object like a table in Bo(a)rd or a bench in TRAench, an action like walking in Wall(k)) or looking away in Away. This project (FD) is very open ended and I expect it to evolve not only through me but through the participants. Who knows maybe it will become a feature film in the end.

Q: How long do you spend thinking about an image before you start shooting?
Depends which one(s) you are referring to. In my 'Friend' project I spent the most time (basically a year) coming up with the concept I wanted to explore. The challenge here is not to make it too complicated since each person is only in front of the camera for maybe 30 seconds or 5-10 shots and I photograph between 75-150 people in one evening (5 hrs)

Q: Do you style the people in your personal projects?
No, the only thing I do in this particular project (FD) is give them rough outlines in terms of color scheme (dark, black, gray scale, colorful, patterns) but that doesn't mean I won't be more specific in the future. Some people follow exactly what I say and others don't which is exactly what I want (surprise me).

Q: Is there a certain look that you choose for the people in projects or is it just about including friends?
The look is outlined roughly in the invite with clothing tips and reference photos. I want the participants to be involved as much as possible in this project.

If it was just including friends it would only become a 'photo booth' kind of shoot and that's not my idea. This project is very serious for me and I think people that know me and have participated know that as well.

Q: Have you ever approached a stranger to participate?
Well it depends what you mean by strangers? Do I have an open door policy for this? No, I don't, but I do let my friends bring friends of theirs if they think they would enjoy it. I do encourage kids, animals or anything else they feel appropriate.

I am completely aware that one of these concepts might not work out at all and that's ok because I am evolving no matter what. So far though this has not been the case. However some ideas have worked better than others.

Q: How does your interest in art influence your imagery?
It's very important for me to see a lot of different art exhibits and expose myself to different types of mediums not only for my personal work but also for my commercial work.  Sometimes you get inspired or get an idea right there and then, but the most important part is your unconsciousness. The more you take in, the more the unconscious part of your brain can work with. That's what happens when you wake up in the middle of the night with a light bulb over your head.

One also has to keep up with, consciously or not, what is going on around you.

Ever since I got the iPhone 5 I have been photographing constantly from the street (I get a lot of ideas from the street). I post some of these pictures on IG (KristoferDB). I always have my Sony NEX camera in my bag as well.

When blogging started to become popular I felt the pressure to start one but had no idea about what.  I then thought about a Red Wall that I tended to photograph a lot from the other side of the street on my way to the studio. So my first blog became ‘RedWall’.  First only with straight photographs of people walking across by this particular Red Wall but later I added words underneath with what the people were talking or thinking about (obviously I just made it up).

Another blog I started was 'Sliver of Light' which was not location specific but could be from anywhere.

Q: What is important to you about the lighting?
Lighting is the key in a photograph, it sets the mood and the initial impression a viewer has. If an image is poorly lit (meaning inconsistent) it communicates an insecurity to the viewer. Lighting needs to be very thought out/through so the viewer won't notice it initially. If this happens I have succeeded.

Q: Tell me about the upcoming show of the work.
The show will open May 9th and will hang for a month. I am showing excerpts from 3 concepts from the FD series: 'S_PACE', 'Away' and 'BO(a)RD'. The show is called 'unObserved'.

Q: How do you measure success?
Success for me is when I feel I evolve. Success is an ongoing thing not an end. 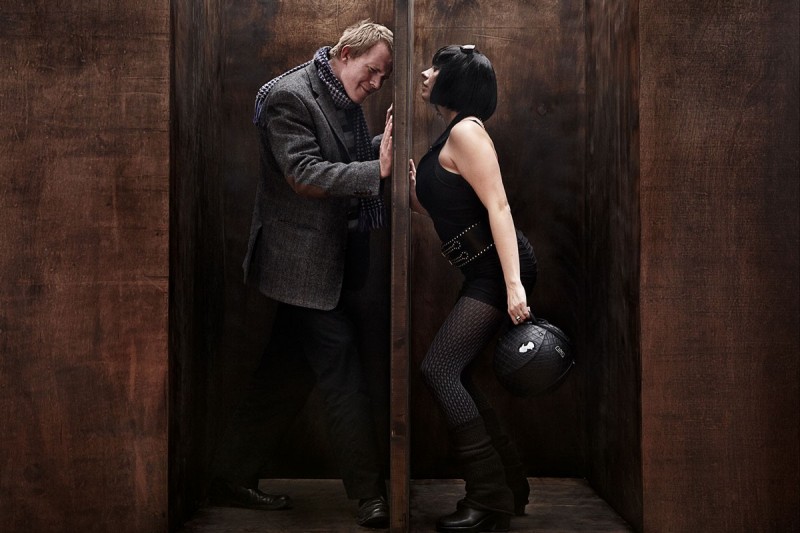 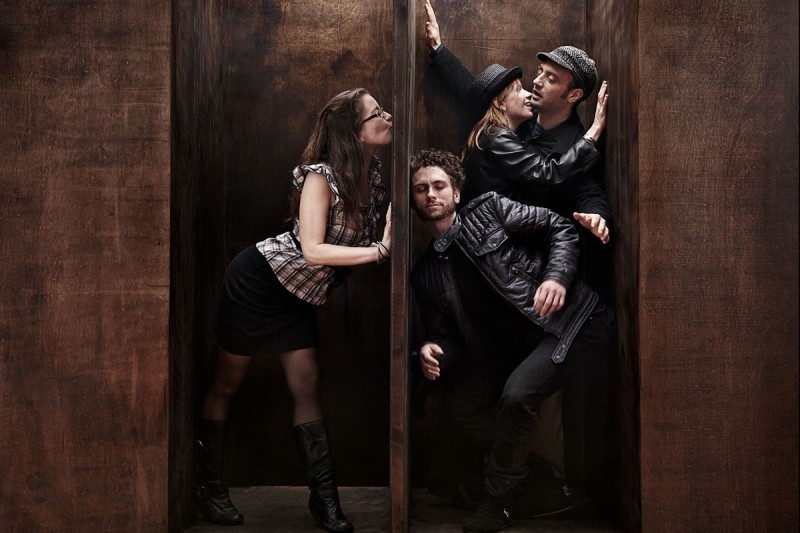 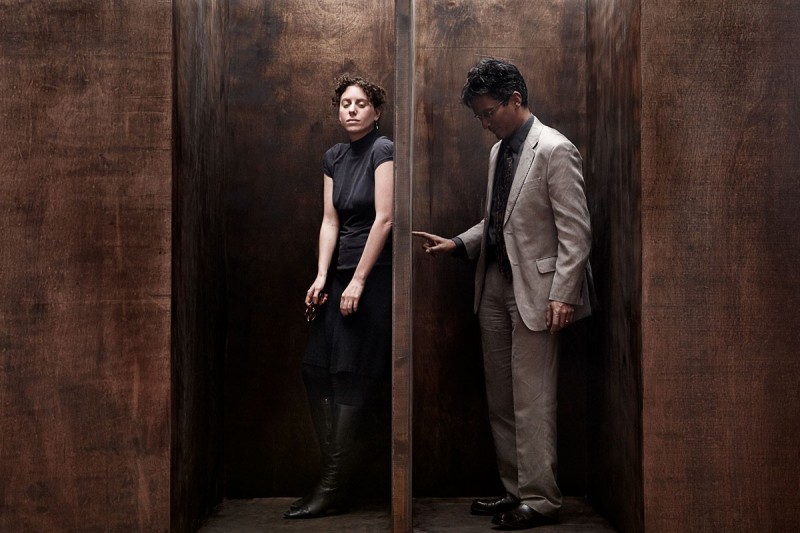 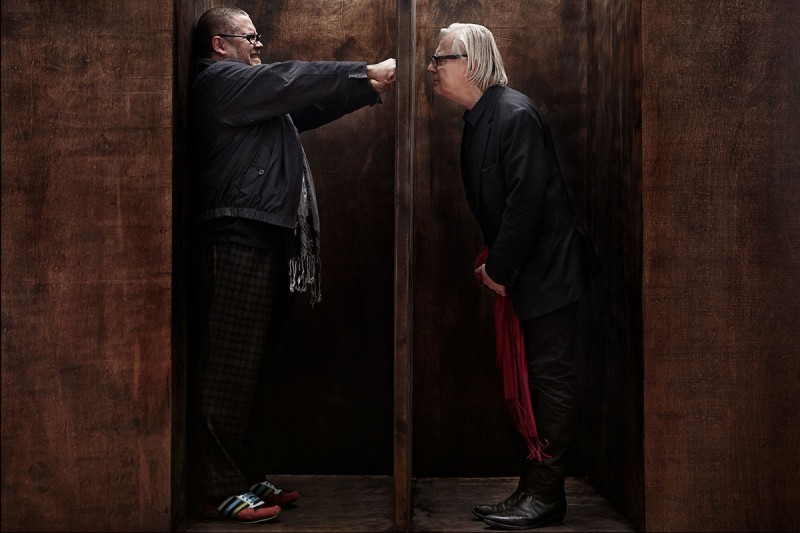