Mark Leibowitz on Mastering His Craft in Brazil

By Staff in Los Angeles, National 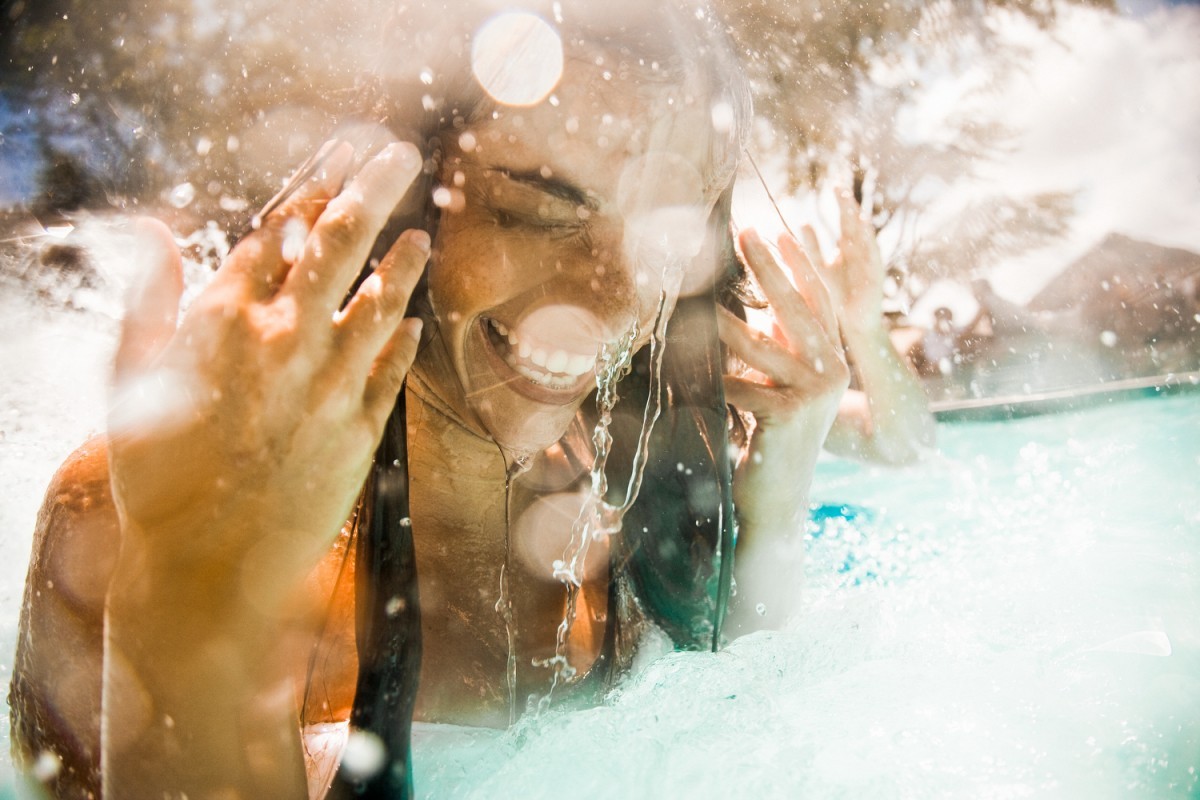 Splashing in the water on a lifestyle shoot in northern Brazil near Recife. © Mark Leibowitz

Mark Leibowitz travels on assignment up to seven months a year, most often to Europe for his fashion work and to Brazil for his lifestyle and travel work. Production in Brazil has pronounced contrasts from work in Europe and the United States and clearly Brazil is a country that has captured his imagination. Leibowitz earned his degree in Economics and Spanish from Stanford University and these foundations serve him well as he masters his craft in Brazil’s creatively stimulating atmosphere.

It all started when Leibowitz travelled to São Paulo working as a business strategy consultant in economics. In a city of some 20 million people, he discovered the mesmeric art and cultural life, staying for a year to learn Portuguese and fortify his visual senses. Eventually, he quit consulting and returned to Los Angeles to submerse himself in photography. Since then, he has made many trips back, building Brazil as one of his specialty locations.

Why does Brazil captivate you?

I am completely drawn to the people. I’ve worked a lot in the travel and fashion industry and enjoy large, cosmopolitan scenes. Brazil has a lot of world famous models and I love working with them and especially seeing the diversity of people in this country. People come from a vast array of cultural backgrounds—accents are notably different from North to South—and it’s all this variation of people I continually want to explore. 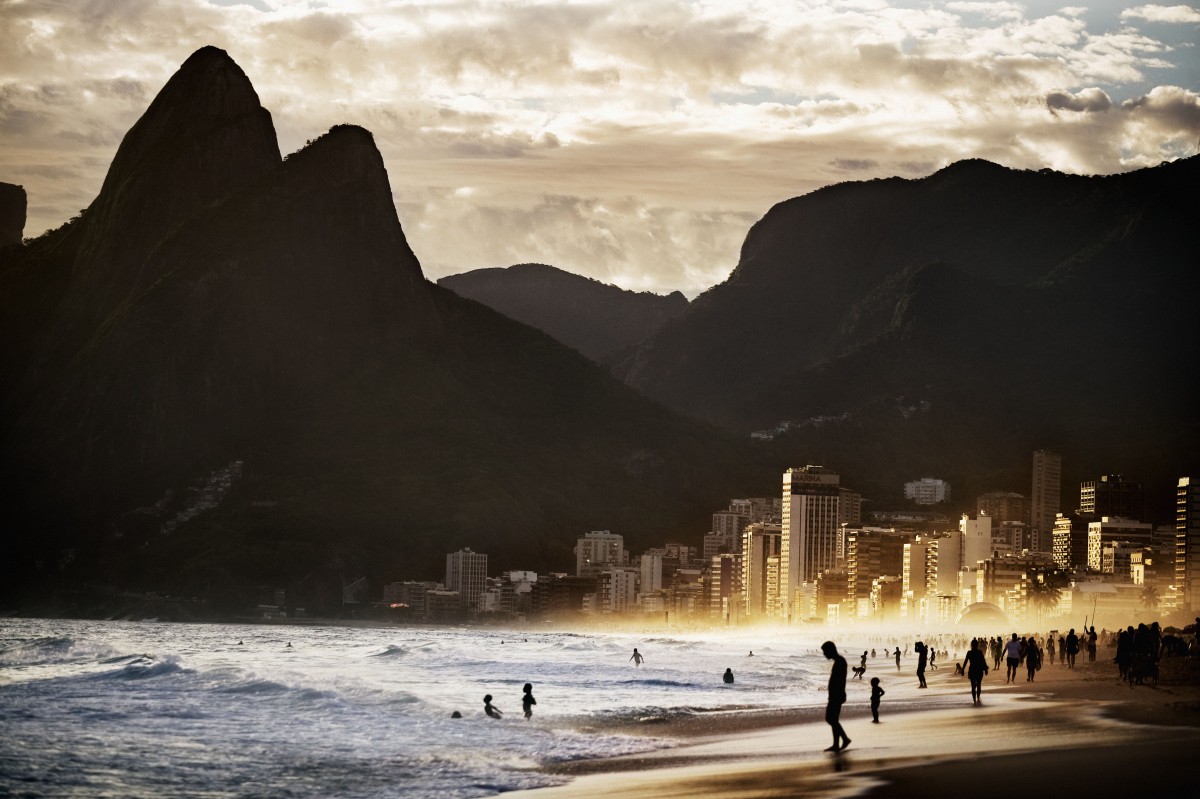 What types of projects have you been involved in there?

The first ten years, from 2000-2010, I mostly shot one-off editorial stories for magazines as well as providing entire coverage of destinations such as Rio de Janeiro. I’d be assigned model shoots, restaurant profiles or cover stories for Glamour, Condé Nast Traveler, Max and other fashion magazines. Then in 2010, I transitioned into motion, which is about one-third of the work I do now.

More recently, I made two trips to Brazil for Cisco, an official sponsor of the Rio 2016 Olympics which will be held there this August. I was sent to film many of the athletes and Olympic hopefuls, which was so inspirational. I also created stories around the city for their brand content. This was my first video-only project in Brazil as previous projects mixed stills and video. We shot in two units and my unit used a RED camera, which I had been shooting with extensively here in the states. Kurt Spencer from Radley Studios was the director on the project and it was amazing to see how he dove into Brazilian culture and helped us all achieve an authentic representation of the people and country.

I also landed a major assignment from luxury brand Well Souled where I made multiple trips to shoot for Well Souled Brasil, a 334-page book that has just been released. The book is completely high-end and produced with beautiful materials. On top of shooting stills, my team shot video and we covered a ton of locations including Rio, São Paulo, Salvador da Bahia, and the Amazon. The brand creative director requested that I also pull images from my archive for this project. It was an incredible to be part of the experience.

It’s always curious to hear how still shooters make the transition to motion.

Yes, mine came with the Canon 5D Mark II (the first Canon EOS camera to have video recording capabilities). I immediately thought it was important for me to film motion as that camera signified to me the convergence between film and still cameras. So I went on a self-guided master degree program. I used Netflix to watch 100 different movies that are noted for their great cinematography. Many I watched without sound. I did a ton of reading and research. I had been lighting with movie lights for many years, so that component was there in my toolkit.

When I was shooting lifestyle for Glamour and Cosmo early in my career, a lot of the ad shoots were using movie lighting because it was easier to capture continuous actions without waiting for the strobes to recycle. We used a lot of 12x12s as reflectors or mirror boards which are great tools to get what we were after. So with video, I felt the most important thing was for me to learn about the differences in composition going from still to video and how to convey the story with moving elements instead of still elements.

How much time did you spend on your self-guided education?

This was about a two-year process. During that time, I shot and directed more than 100 different web videos for corporate clients. By 2013, I started filming more commercial spots and worked for TV networks as both director and DP. A lot of clients who liked my work and knowing me from the still world would send me out to also shoot video as a cost effective option. Fortunately, many jobs were awarded to me because I had great relationships in the still world and my clients were confident that I could do motion as well. 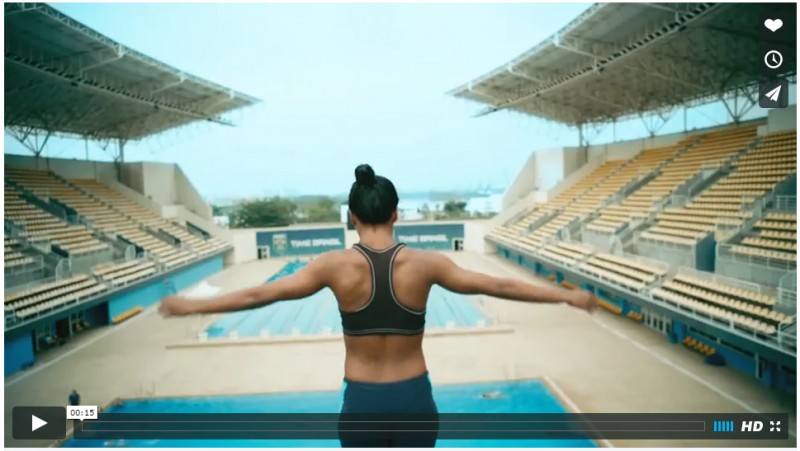 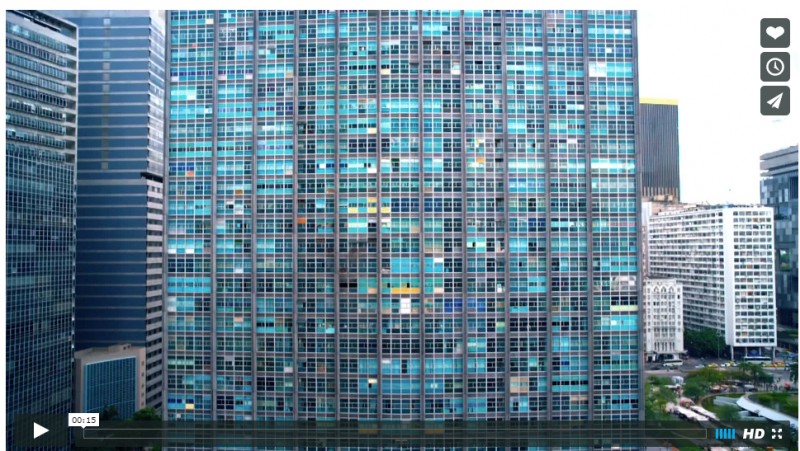 When you are asked by clients to shoot both, how does the production change?

First, we’ll always use two different crews: a video team that typically includes camera assistants, gaffer and electricians, grips and a sound department. That makes much more sense than using a photo assistant as a focus puller. And likewise, we use photo assistants for all the still photography. I’m now a director who can operate a still and video set at the same time. On top of this, a good producer is essential in order to have everything run smoothly. With two good teams on both crews, I can trust that the technical aspects of the shot are taken care of which frees my mind up for more creative work.

The days are probably much longer!

Right, well, the length of the day always depends on the number of set-ups and if the work is going to be for an ad or an editorial. Usually ad shoots are more thought out with storyboards, but then there is a lot of extra time needed reviewing the setups with clients who need a very defined image. Conversely, when you have editorial video mixed in with a fashion still shoot, things tend to move fast as there are a lot more shots to complete in a given day. It’s not necessarily longer when having both still and video sets but you have to better define timelines, all while keeping in mind what you need to hit within the budget. It’s about making different choices. 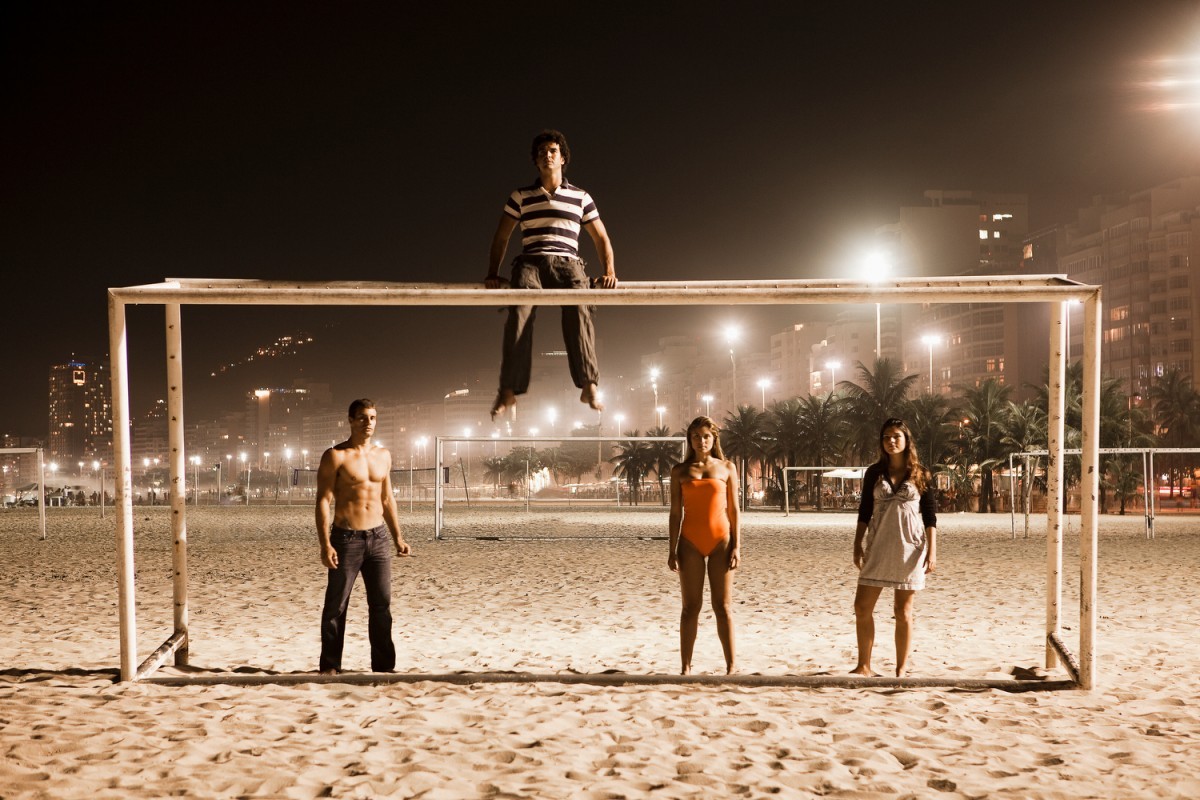 What about the fact you have a lot more content to deliver?

First, we have to come up with great creative materials. It truly is all about the creative. When there are deliverables, all in various formats, it becomes even more crucial to define all of the client’s needs well in advance. Then we have to put what’s needed in place to execute the creative brief. There are so many people who have to participate in the shoots and all of that prep has to happen ahead of time.

For example, if someone wants video, are they asking for behind-the-scenes footage or are they looking for something more substantial, where a story needs to be shot and edited? Will this be for social media use—like a small file size running 15 secs on the web—or do they need HD for broadcast? There are lots of details to think through and asking the right questions to make sure we understand all the applications is part of our job. My attitude is: don’t be afraid to voice any concerns as you have to find out what the client is looking for.

What else can you tell us about the atmosphere and logistics of shooting in Brazil?

Brazil has fabulous fun, hardworking, smart professionals who are well-educated and creative—they are as creative as can be found in any other advertising base in the world. The first challenge is that the majority of people only speak Portuguese. Speaking the language fluently is a huge help and definitely makes it easier to operate. There is access to good equipment but prices are high for rentals because of large import taxes. Figure on paying at least two-to-three times as much to rent equipment in country. It’s not easy to bring in your own equipment because customs requires you have a local producer and a despachante (shipping agent) to clear customs with your carnet (merchandise passport). All of this paperwork is totally critical to have and you must prearrange to have a Brazilian production company to vouch for you.

As for locations, it’s fairly easy to get access to great shooting spots. There is a permit process for many areas but it comes down to having the proper conversation about what you are doing. The process is more relaxed than shooting in Los Angles, but like anywhere, especially in smaller neighborhoods, it’s important to make sure everyone involved is aware of what you are doing when so there aren’t any surprises.

What’s next for you and Brazil?

I will be having an upcoming fine art exhibition of my Brazil work in three cities (São Paulo, Rio de Janeiro and Brasilia). The details and dates are still being finalized but it will be both a still and moving image exhibition. I love the idea that even the way we display our artistic work continues to progress to include multiple mediums. Who knows, maybe I’ll even include a bit of Virtual Reality filming. 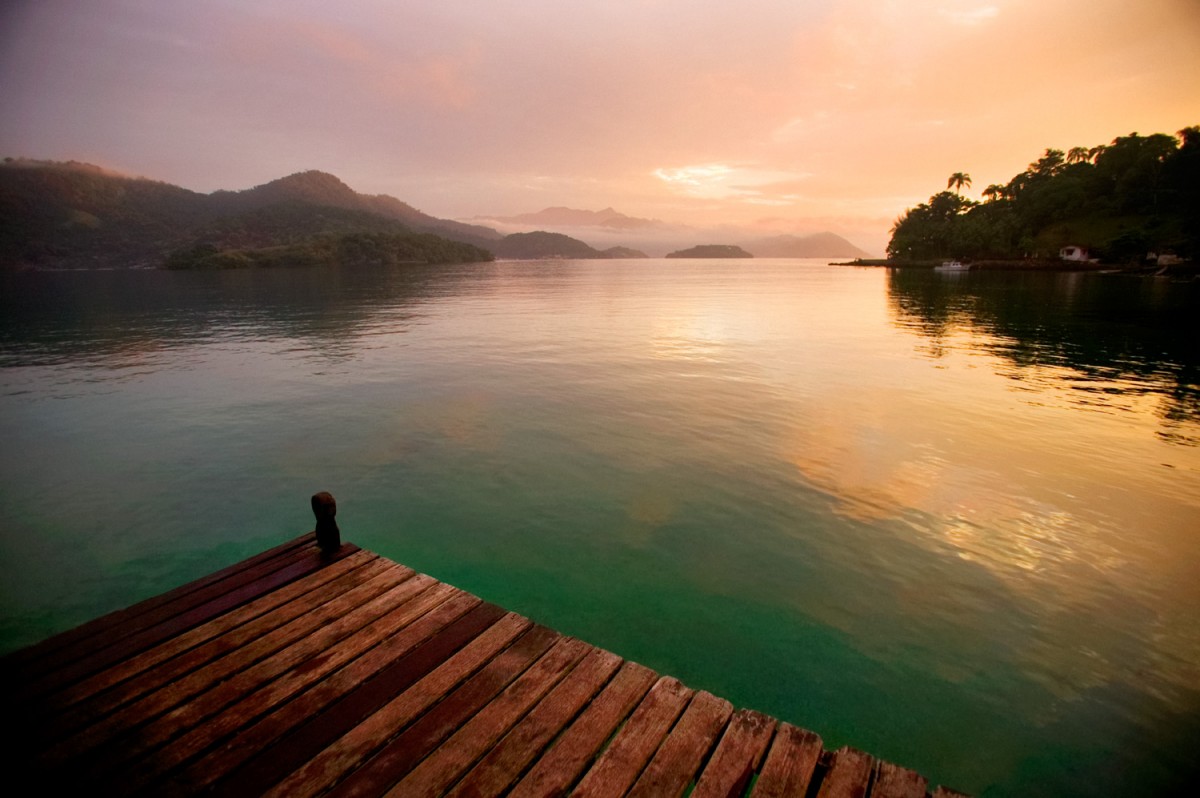 Sunrise on a small island in the Angra dos Reis archipelago. © Mark Leibowitz