APA member Norm Clasen is fighting back against the high-profile appropriation of his most iconic images—not for himself, but for the future of photographers’ rights. 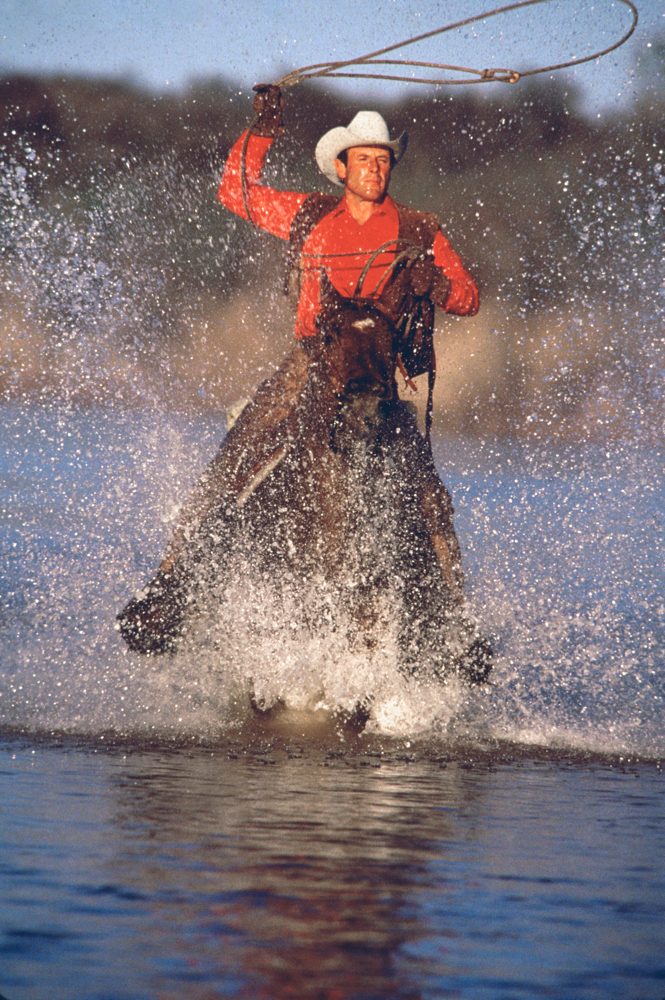 Sitting at the computer in his Colorado office, Norm Clasen watched as his daughter keyed in a Google search: Richard Prince Marlboro. The man’s name was unfamiliar, but the tobacco brand was instantly recognizable as the premier client from Clasen’s long career as an advertising photographer. When the image results appeared, they too were instantly recognizable. “That’s mine,” he said. “And so is that. And that.”

“I explained to him what was going on,” says Clasen’s daughter, Jennifer Clasen, also a professional photographer. “If you’d been able to see my dad’s face… The only words that came out of his mouth were, ‘That’s my life’s work.’ My dad spent 40 years getting to a point where he could create an image like that. He’s extremely proud of that work.”

That was the day veteran photographer and APA member Norm Clasen learned that the artist Richard Prince had been appropriating his work and selling it for astronomical sums. Prince, a painter and provocateur, gained notoriety by re-photographing existing images and claiming them as his own. Most famously, Prince’s Untitled (Cowboy) series consists of photographs he copied directly from Marlboro magazine advertisements shot by Clasen and a handful of others. One image, a copy of a photograph, is famous for being the first photograph to sell for more than $1 million—none of which went to the photographer. These and other prominent appropriations led to Prince’s ordination as, in the words of The New York Times, “one of the most revered artists of his generation.”

Fast forward to the day last year when Clasen learned that the Los Angeles County Museum of Art was planning an exhibition of its newly acquired works from Prince’s Untitled (Cowboy) series. The photographer decided enough was enough, it was time to fight back. So Clasen is staging his own exhibition with many of the original images from which Prince’s pieces were taken. Created over the course of twelve-and-a-half years shooting for Leo Burnett on the agency’s iconic Marlboro man campaign, Clasen’s photographs are on exhibit simultaneously, just a few miles from the LACMA show, at the M+B Photo gallery in Hollywood. The exhibition, Titled (Cowboy), runs through April 15th, 2018. 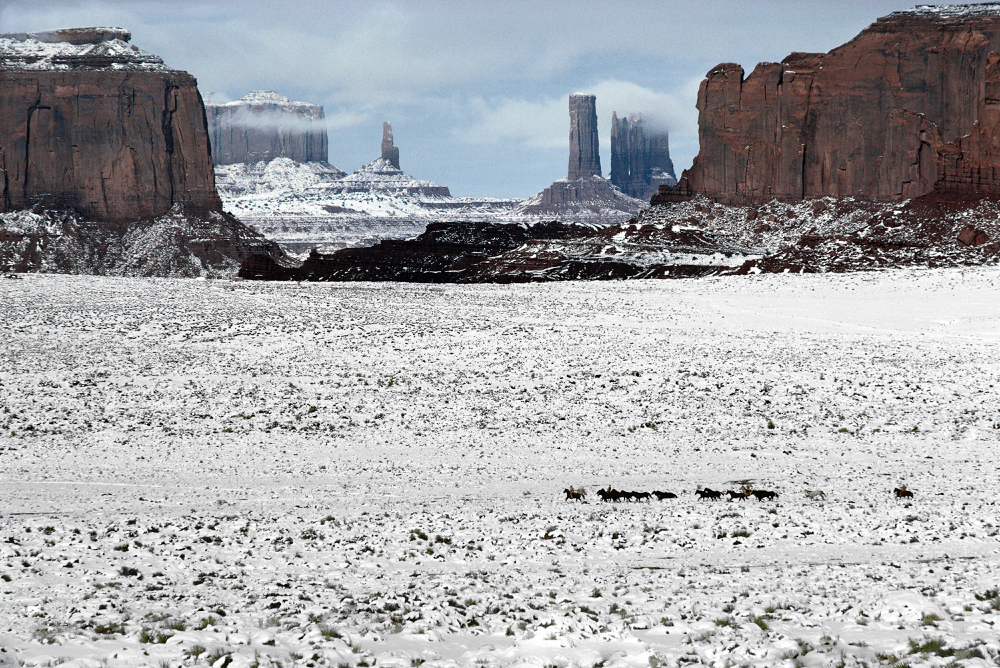 Clasen’s primary goal is to raise awareness of the plight of photographers and creators of all kinds when it comes to the copyright protections afforded their work. That Prince is able to copy existing images and pass them off as his own while continually winning in court, Clasen argues, is evidence of a fundamentally flawed U.S. copyright system.

Clasen very much wants to motivate photographers, writers, artists and the general public to take action and demand changes to the laws that allow this kind of “appropriation” to happen.

“It’s a very hollow feeling,” Clasen says. “There’s not credit to myself, there’s not even credit to Marlboro, there’s not credit to anybody. Prince claims that he is the artist, that he created it. There’s no question that appropriated art has been going on for centuries. People have painted the Mona Lisa, people have copied other artists, a guy buys a toilet bowl, signs it, and puts it in the Museum of Modern Art, Warhol’s Campbell’s soup cans… I don’t buy that it’s the same thing as someone taking work that you authored, copying it, and then claiming that it’s their own work. It’s just simply two different issues. Let’s be honest. Let’s not get caught up in the whole appropriation thing. It is wrong. It is wrong to take somebody’s authored work, copy it, call it your own and then put it out there and have the art world turn you into a darling.”

“It leaves a pit in the bottom of your stomach,” he adds. “You just sit there and you go, ‘How did this happen? What kind of person would lower their values to a point where they would do this?’ One particular image I saw was one where I remember the day, I remember everything about it: laying out in the sagebrush, sitting there with the ants and the mosquitos and the snakes at 5:30 in the morning and trying to capture this image and all that went into it from the agency standpoint and the production standpoint and then capturing that image, and then this guy sits in his living room and takes a picture of that, blows it up and sells it for a million dollars? It just leaves a pit in your stomach. I got very angry for a while. But after a while, because he is what he is, and he won all his lawsuits, you just look at it and go well now the anger’s over. Anger wasn’t doing me any good, and it wasn’t doing any of these young photographers any good unless I did something about it. Now we’ve got to do something about it that has a larger affect for photographers—something that affects all of us, not just me. So I made the decision that I was going to dedicate as much time as I can here in the last chapters and see if I can’t find a way to pull all of us together to try and change these antiquated copyright laws which aren’t really being enforced and see whether or not we can’t get the laws changed. The future of photographers and artists and writers is really in question if this is allowed to grow and continue.”

To that end Clasen will be donating a portion of the proceeds from his exhibition to the APA’s copyright defense fund “in order to help defray legal costs for photographers everywhere who have been affected by artistic piracy.” He believes strongly that change is impossible working alone and that photographers and creators of all types must band together with industry organizations such as APA taking the lead in the fight for common sense copyright reform. 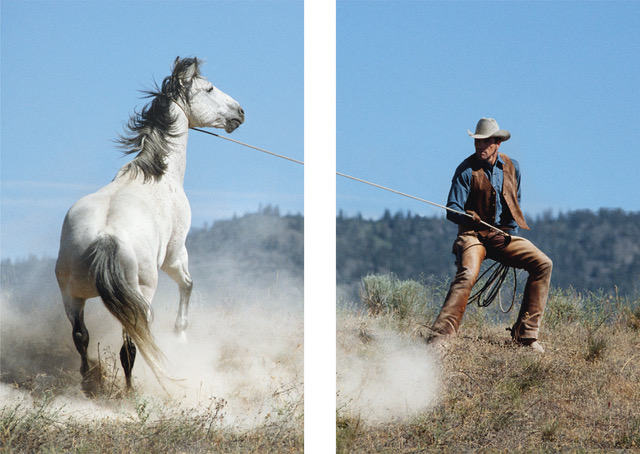 “I saw that the APA was really trying to get active in this and struggling with it like everyone else,” Clasen says. “Like ASMP and PPA and all these organizations. They all know that there’s something they’ve got to do, and I’m hoping to be able to provide some kind of help, a catalyst to bring them all together, because there’s strength in numbers. Collectively we can do this ¬— individually we will fail.”

"APA is extremely grateful to Norm for his timely and generous offer of help in our efforts towards protecting the ability of creators to make a living from their hard work," says Juliette Wolf-Robin, the National Executive Director of APA. "Our country's founders understood the importance to our nation of protecting the rights of its inventors and creators to profit from their work, and had the foresight to etch copyright protection into our Constitution. Unfortunately, throughout the intervening years, our copyright laws and their enforcement have not kept pace with the technology that allows the theft of protected works by the simple click of a button. Couple these factors with the forces of greed, an underfunded Copyright Office, an uninformed public, ill-informed lawmakers and judges, and we now have a perfect storm that is causing our nation to lose its way in upholding what the framers of our Constitution understood to be a pillar of our nation's strength," adds Wolf-Robin.

"APA, a legacy non-profit trade organization that has been working to support the photographic industry and uphold the rights of photographers for over thirty years, understands that artists, writers and creators are in the fight of their lives where numbers make the difference, and requires all hands on deck," Wolf-Robin says. "That is why, over the last several years, we have been partnering and working with stakeholders from other advocacy organizations in the graphics, music, and publishing sectors to advise lawmakers on how best to ensure the protection of creators' livelihoods in the current and future paradigms.  Through on-going lobbying efforts and face-to-face meetings with key members of Congress, we are proud that these efforts are taking the form of a comprehensive Copyright Reform Bill–the first time Copyright Law has been significantly addressed and updated in roughly a half-century," says Wolf-Robin. "We also realize that the efforts cannot begin and end with Congress and the courts. We must also work to inform creators of their rights and how to protect them while engaging and educating the public in significant ways that by using someone's work without permission, they are stealing and depriving a person of their livelihood. While we are making some significant headway, there remains quite a bit of heavy lifting that taxes the bandwidth of non-profits such as APA. But the lift is made just that much lighter thanks to the generosity and enthusiasm for the cause of people like Norm Clasen."

Clasen says he hopes his fellow photographers will not only join the fight to protect creators’ rights, but that they do so by joining industry organizations such as APA to better have their voices heard in the quest for meaningful change.

“Lobbyists are expensive,” Clasen says, “courts are expensive, even things like publishing information becomes an expense. And you can’t put that burden on any one organization. You have to do it collectively.”

“My passion is to see people who create be properly paid for it,” says Clasen. “And so many young artists out there don’t have any idea how to protect themselves. I’m hoping that is part of what I can do. Because I don’t want to be the first out there waving a flag, I want to be part of a group that collectively goes after this and allows everyone to be educated about it so they know what their rights are, and they know what their rights are not, so they can protect themselves.”

“I don’t want to be the Pied Piper out there doing this by myself,” he adds. “But I do want to make the public aware of what’s going on. We want to put funding together to move this forward at a much more rapid rate. And then I would just like to disappear into the sunset, like the cowboys did.” 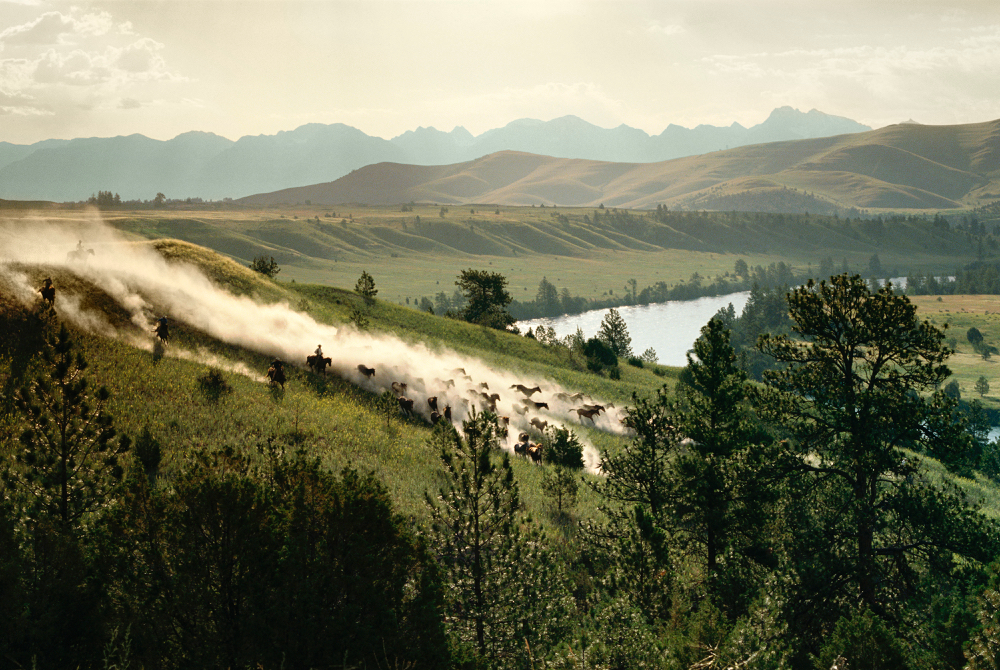 Norm Clasen’s Titled (Cowboy) is on display now through April 21st at M+B Photo, 1050 North Cahuenga Boulevard in Hollywood. For more information on the gallery visit www.mbphoto.com. To see more of Clasen’s photographs, visit his website at www.normclasen.com.

Find out how to donate to APA Copyright Protection Fund here