By Staff in Miscellaneous, National

APA’s contest committee spent the better part of a year unearthing the best cast of judges on the planet for our 2015 Awards contest. From agency producers and art buyers to creative directors and reps, these pros hire and produce award-winning photography and will take a close look at your work. Here's who will be judging:

Jeff Divine, Photo Editor, The Surfer's Journal
Jeff Divine started photographing surfers in his hometown of La Jolla, CA, in the 1960s, before the sport became a huge commercial entity. Being on staff at Surfer Magazine allowed him to travel worldwide to stunning surfing destinations, shooting the environment, the sport, and its characters. As long-time photo editor of Surfer and The Surfer’s Journal, Divine has created one of the largest archives of surf photography in existence, resulting in published books and solo exhibitions on the subject.

Brad Smith, Director of Photography, Sports Illustrated
Brad Smith has long ties to Sports Illustrated. As its current director of photography, he also previously served as its photo editor as well as the director of photography for SI Women and SI Kids. Between these gigs, Brad was the assistant director of photogrpahy for the White House during the Clinton administration, and the sports picture editor at the New York Times. He is on the faculty of the Summit Workshops, FOTOfusion, and the Eddie Adams Workshop, (where he also serves on its board), and on the Creative Council of NYC Salt. He is a proud Florida Gator.

Sean Airhart, Photography Manager, NBBJ Architects
Sean Airhart is a visual storyteller known for using photojournalism to help organizations communicate the humanistic side of their brands. As director of photography for NBBJ, Sean captures the stories behind the award-winning projects by this innovative architecture firm. His work has been featured in top design publications and major news outlets.

Susan Getzendanner, Photo Editor, Dwell
Susan Getzendanner is the photo editor of DWELL Media. A former photo editor at Bon Appétit and a photo assistant at Real Simple, Susan was involved with the redesign of both these magazines. She received her BFA in Photography from Parsons School of Design.

Bonnie Brown, Senior Art Producer/Photo Producer
Bonnie Butler Brown is a photo producer and freelance senior art buyer, with 18 years of producing award-winning campaigns for top ad agencies. Prior to the commercial ad world, she worked as a rock-and- roll photographer in Minneapolis, where she also exhibited her images. A past judge and portfolio reviewer for APA and ASMP, she is also a faculty member of Palm Springs Photo Festival, and a strong supporter of the photographic community.

Michelle Dunn Marsh, Executive Director, Photographic Center Northwest, Founder, Minor Matters Books
Michelle Dunn Marsh is executive director of Photographic Center Northwest and founder of Minor Matters Books. She has served for more than two decades in executive and creative positions in photography and publishing, including fifteen years with Aperture Foundation. Her many roles have included: senior editor of art and design at Chronicle Books; consultant for the estate of Jim Marshall; museum exhibition curator; and national lecturer. Dunn Marsh has been involved in the creation of more than one hundred photography books, including four by Minor Matters.

Jean Wolff, Associate Director Art Production, 360i
Jean Wolff has had a varied career in advertising, working in the creative departments of top agencies. She has been a department director, manager, producer, researcher, and photo art director—always as an art buyer. She liaises among artists, agency teams, and clients to produce the best production outcomes. Jean believes in mentoring young talent, producers, and account teams in order to infuse her passion into the work. Among her skills are: creative consulting, production support, campaign launches, multiple campaign shoots, coordination of print with film or broadcast shoots. Each project receives attention to its smallest detail.

Emily Shornick, Photo Editor, NY Magazine/The Cut
Emily Shornick, crackerjack photo editor and producer, was integral to the relaunch and redefinition of New York Magazine’s The Cut, where she continues to define its visual identity by marrying its print-publication sophistication with the playful agility of the internet. With internships at the International Center of Photography (ICP) and Spin Magazine, Emily has worked on both sides of the photo industry and has a true insider’s understanding of the celebrity photography machine. She prides herself on being able to navigate the ever-shifting digital landscape and interpret its implications for visual culture. She speaks nationally on strategies for emerging photographers, and sits on the board of the NYC chapter of the American Society of Picture Professionals (ASPP).

Kim Witczak, Art Producer, Freelance at Barrie D'Rozario DiLorenzo
Kim Witczak claims to have the best job in the world: curating every day. A highly versatile professional, Kim is dedicated to making the world beautiful, thoughtful, and meaningful. And safe.

Jeff Griffith, Creative Director, Men's Health Magazine
Jeff Griffith is creative director at Men's Health magazine and has previously served as creative and/or art director at various national advertising agencies. He was an honoree in the first Lucie Award for Best Art Direction for ATOMIC, his own national magazine about retro culture. In his spare time, Jeff serves as creative director for the Civil War Trust's quarterly magazine Hallowed Ground. The Trust preserves, protects, and purchases historical land in danger of development.

Sabrina Bajaj, Senior Art Producer, 72andSunny
With her BFA in photography, Sabrina began shooting professionally before moving on to producing magazines. As the senior art producer at ad agency 72andSunny, Sabrina finds herself surrounded by artists who have inspired her personal project, http://atinyspace—an online gallery where she interviews artists and shares their work.

Kathy McMann, VP Director of Art Production, Arnold Worldwide
Kathy McMann began her career in advertising as a photographer's agent. After several years, she “jumped the fence” and joined the production-team side of the industry, landing at Arnold Worldwide. She has produced award-winning work for Truth, CDC, and Progressive Insurance among other clients. Her love for photography is evident. She looks for honest images that don¹t follow trends—ones that are unique and personal and can bridge the worlds of art and advertising in meaningful ways.

Mara I. Serdans, Senior Art Producer, Deutsch
Mara I. Serdans helps creatives bring their vision to life, with ten years experience and degrees in both advertising and photography. As senior art producer at Deutsch in LA, she works with many top brands. As former contributing assistant photo editor at Essence Magazine, she helped produce celebrity, portrait, lifestyle, and food shoots. Mara is active in the photo community—participating in panel discussions and portfolio reviews for ASMP, APA, Lucie Foundation, and others, and writing about the business of photography for PhotoPolitic.

Kenneth Zane, Art Producer, Leo Burnett, Chicago
Kenneth Zane began his career as an art buyer for Palio Communications in NYC, followed by work for DRAFTFCB and Digitas. Now a producer at Leo Burnett advertising agency in Chicago, his broad range of high-end accounts runs the gamut from consumer to healthcare. Ken has cultivated his diverse experience and turned it into indispensable assets. Passionate about photography and art since childhood, Ken loves and thrives on the visual discovery of both new and seasoned talent.

Chris Buda, Managing Art Producer, BBDO
Chris Buda is the managing art producer at BBDO Atlanta. He has 10+ years of art production experience, in which time he’s covered a range of imagery and content needs for clients such as AT&T, Bayer, Embassy Suites, Georgia-Pacific, and REI. He’s had the opportunity to produce a little bit of everything, connecting with top talent along the way.

Shabnam Azadeh & Brian Bergeron, Founders, ADHESIVE&CO
Shabnam Azadeh and Brian Bergeron are co-founders of ADHESIVE&CO, a creative agency and community builder. The company’s mission is to inspire audiences, spark ideas, and nurture relationships. Their goal: “Sticking creatives together.” Shabnam’s energy powers her passion for the healthy lifestyle. She inspires others to explore and grow creatively and pushes them to be the best brand possible. Previously serving as creative director for the retail stores at the Museum of Modern Art (MoMA), Brian Bergeron seeks beauty and utility in the everyday, focusing on visual communication and spatial design to connect brands to consumers.

Productions During the Second Wave 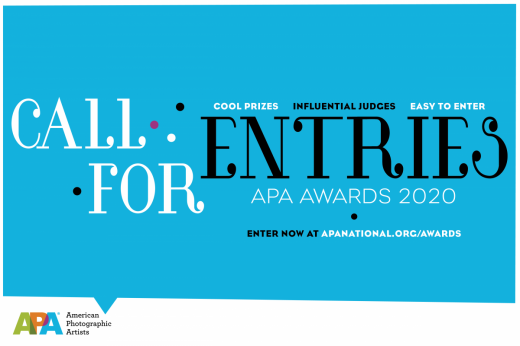