Los Angeles lifestyle and automotive photographer Sean C. Rice shot a photo and video production in Moab, Utah, just as businesses were reopening after COVID-19 forced a lockdown. The safety precautions and protective equipment required to ensure the crew’s health added an extra day to the shoot and increased production costs by 25 percent. New items added to the budget included “PPE, masks, gloves, hand sanitizer, disinfectants, and contracts with both a certified medic and a licensed UV light/dry spray sanitation service for all location vehicles,” he says. Rice and the shoot’s producer, Paul Papanek, described their extensive safety precautions during a recent APA Biz Talk, the second in a series titled “Safety on Set.”

The shoot was first planned in March. Once it was rescheduled for April, Rice said, “I started reaching out to the original crew and I was turned down; someone said, ‘No, it’s too soon, I’m not comfortable.’” Even with all of the safety measures in place, their reluctance, Rice said, underscored the seriousness of the situation. Rice recognized the necessity to ensure everyone’s safety not only with the required PPE, but to be sensitive to people needs in order to feel comfortable during the shoot. “I made it clear: ‘If anyone feels overwhelmed, let us know, and we’ll take a break.’”

The creative called for a small cast: “A mom, a boy and a lost dog,” Papanek said. They cast a model, who did her own makeup, and her real-life son. Papanek added that a larger cast and crew would have been “problematic” while maintaining social distancing: “We can’t just be handed a concept. It has to work within the constraints.”

Rice ordered 1,000 masks from a supplier. For hand sanitizer and gloves, he said, “I procured all the gloves and sanitizer by standing in line every morning at Target and Smart & Final for 3 days straight.” Before the shoot, Papanek said. “I found a company whose day job is to disinfect hospitals.” In addition to sanitizing everyone’s cars and equipment using UV lights, the company also provided disinfecting kits so the crew could sanitize every surface they touched. Rental houses were out of hand-washing stations, so Papanek rented a trailer equipped with 12 sinks. They disabled every other sink to enforce social distancing, and the sides of the trailer lifted to open, allowing crew members to wash their hands without entering an enclosed space.

Rice hired part of his crew locally and the others drove in their own vehicles. Shortly before the shoot, Papanek sent a health questionnaire to everyone on the call sheet, and hired a medic who was on location all three days of the production. At the hotel where Rice and the other out-of-town crew members stayed, the medic checked their temperatures each morning. Once the medic okayed them to work, they drove to the shoot in separate vehicles.

Upon arriving on set, Rice says, “You handed your cell phone over to be sanitized, you washed your hands, put your gloves on, then you got your cell phone back.” The digitech, grips and camera operators were positioned several feet apart, and changed their masks and gloves any time they touched their faces. The caterer supplied three grab-and-go meals per day, he says. “Each person’s food came in a container with their name on it. Then they had the option to sit in their own car or their own chair.”

Rice says that when he got home after the shoot, he got tested for COVID as his wife and kids quarantined with his in-laws until he knew he was not a carrier. He noted that in the current economy, budgets may be tight, but as he told his client, “Safety comes first, and if we can’t have that, we’ll walk away.”

For more saftey tips, watch APA’s Biz Talk panel, Safety on Set, with Sean and other pros on our YouTube channel. 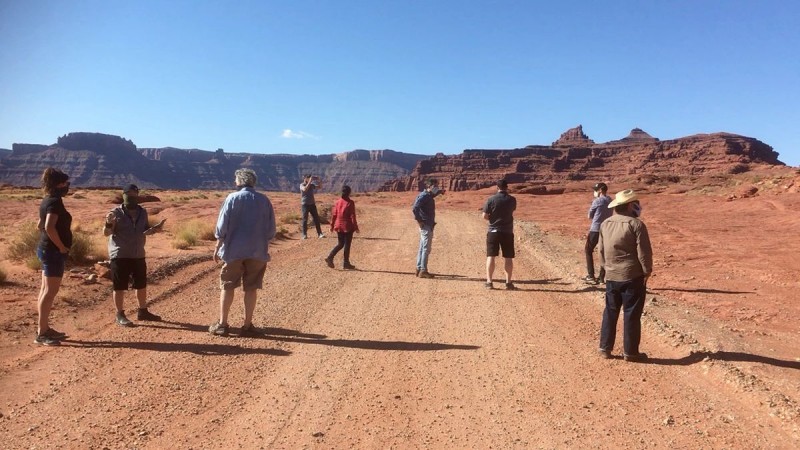 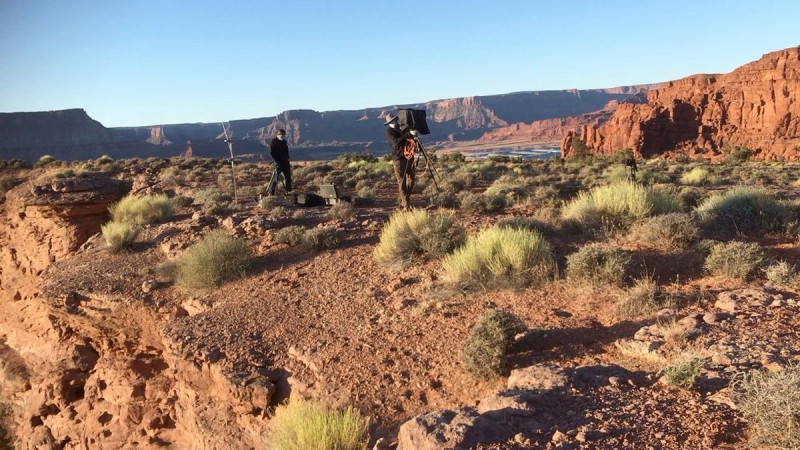 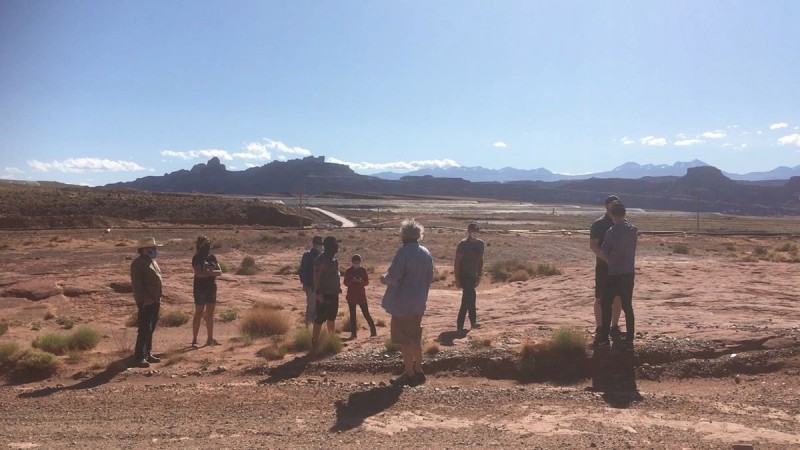 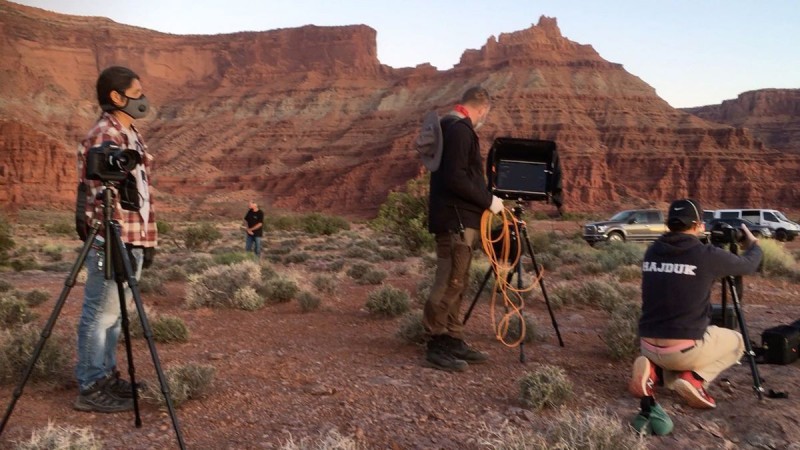 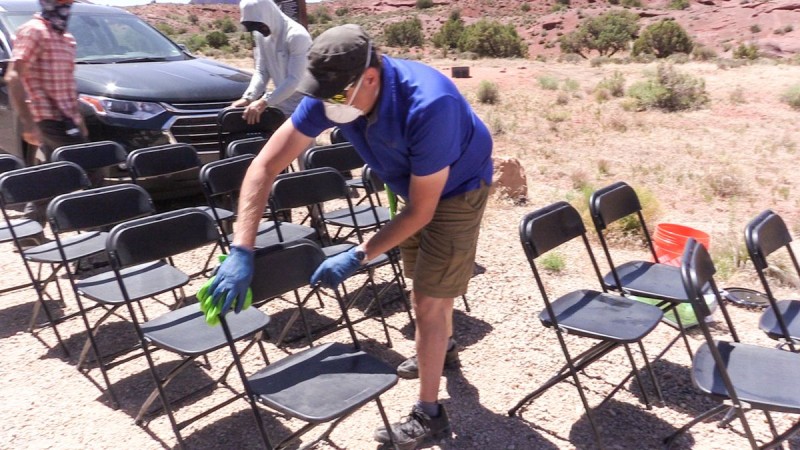 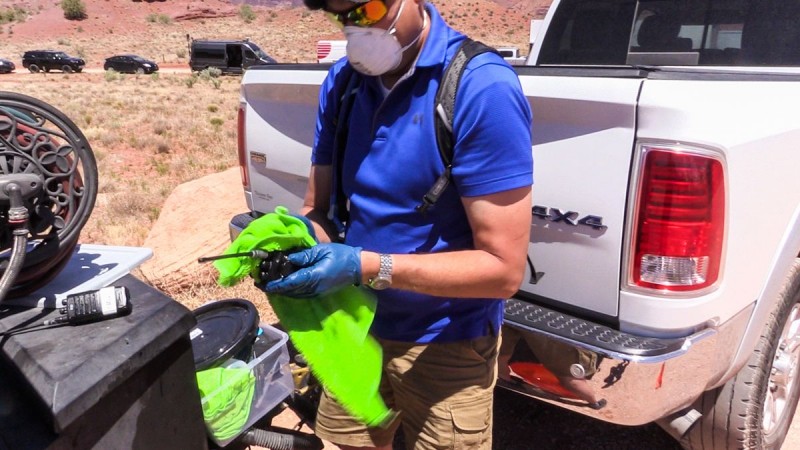 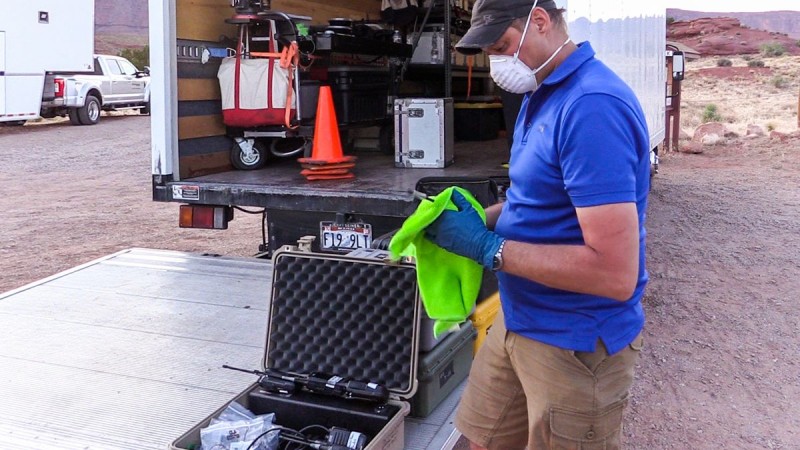 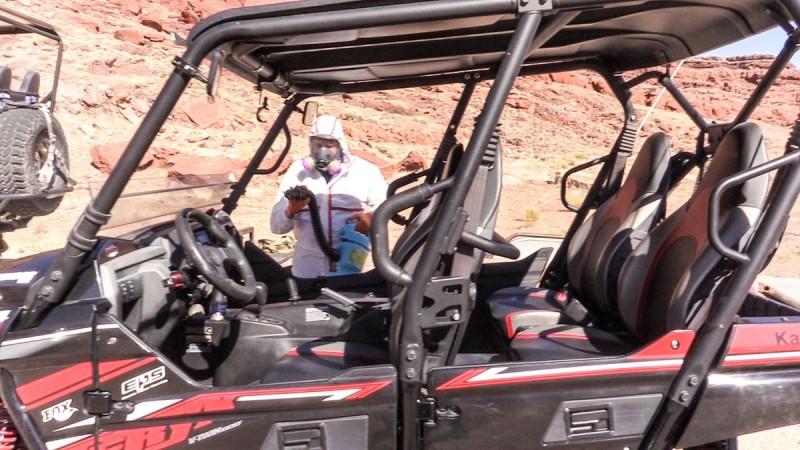 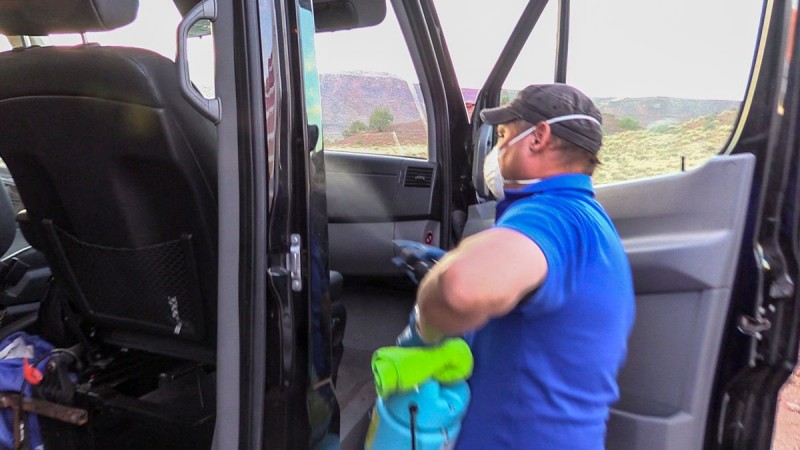 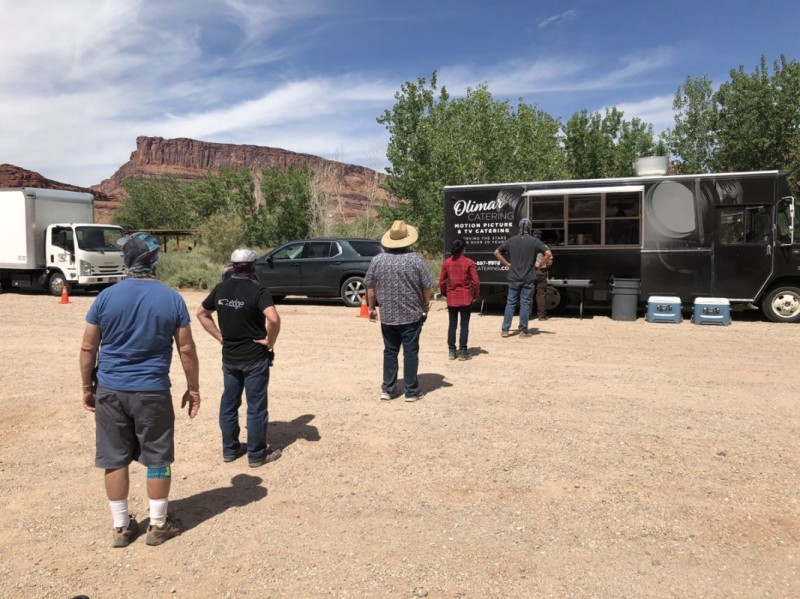 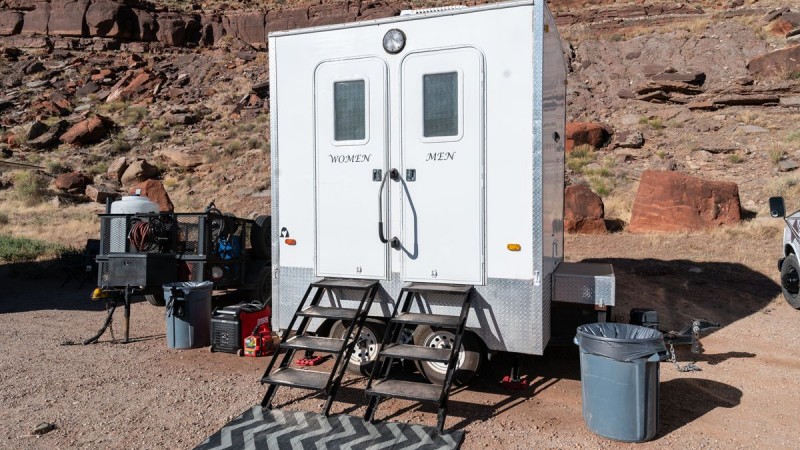 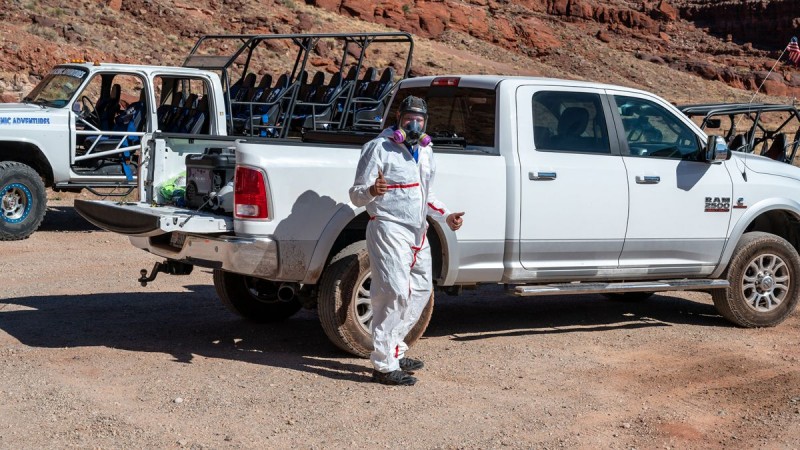 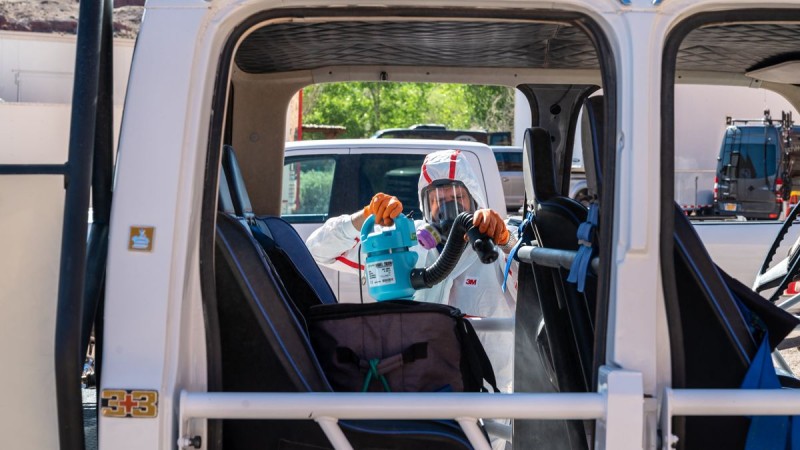 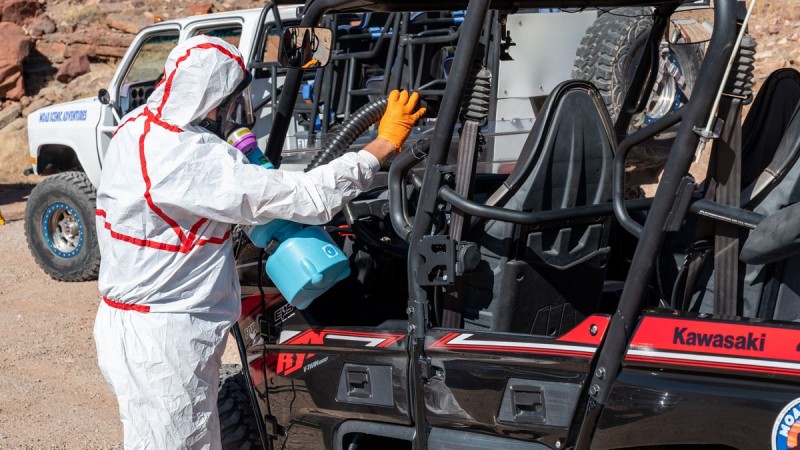 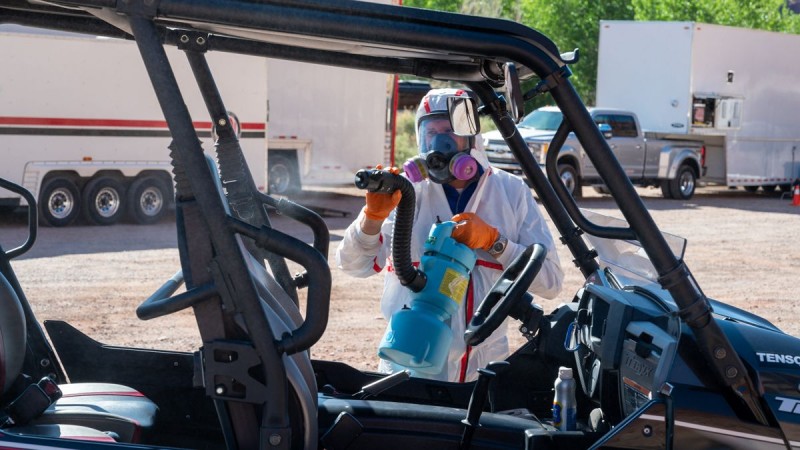 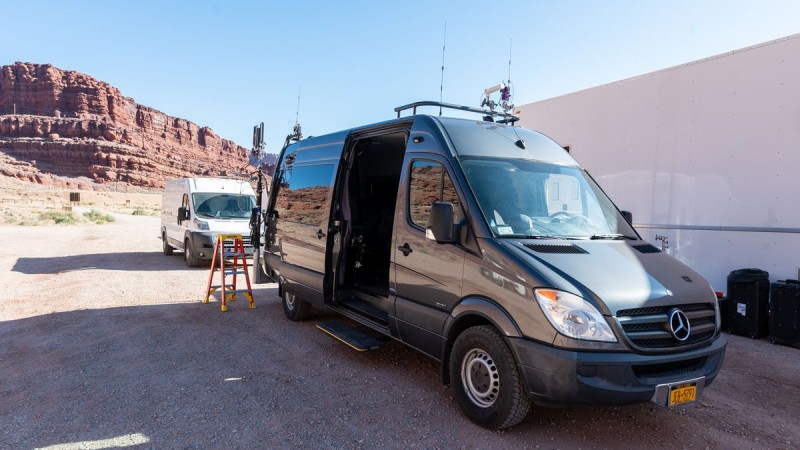 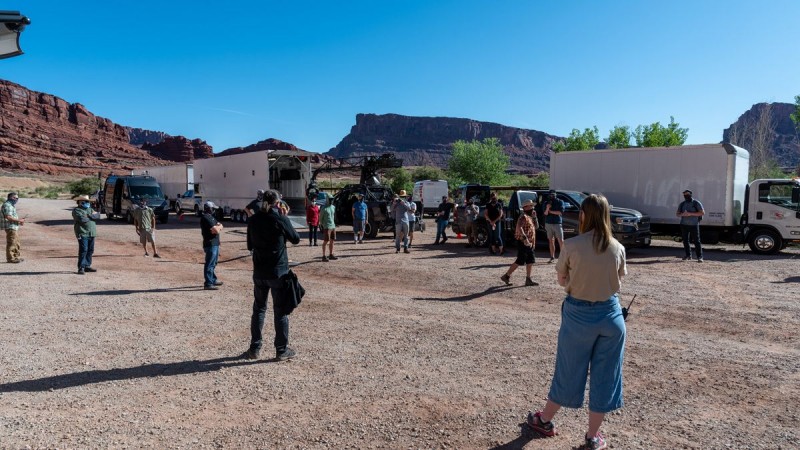 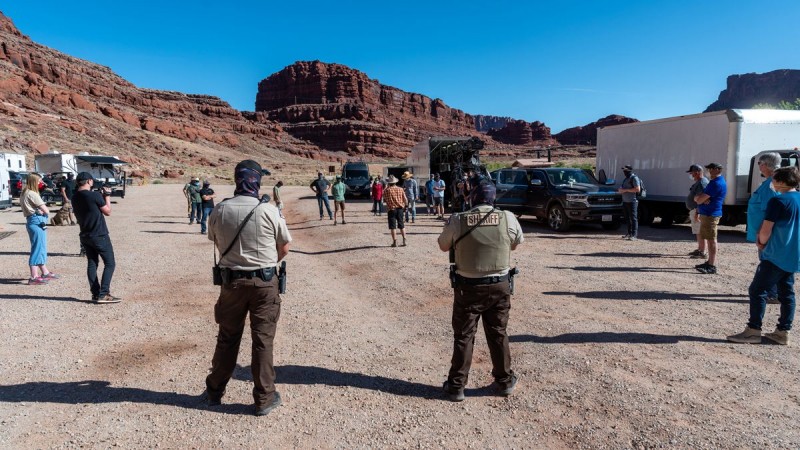 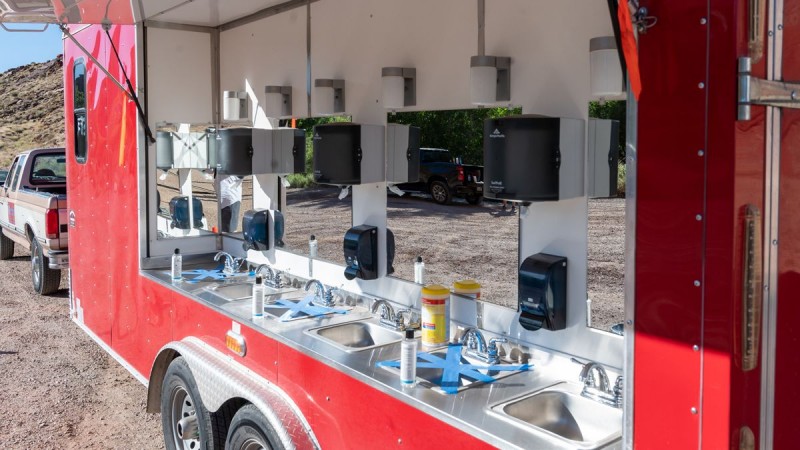 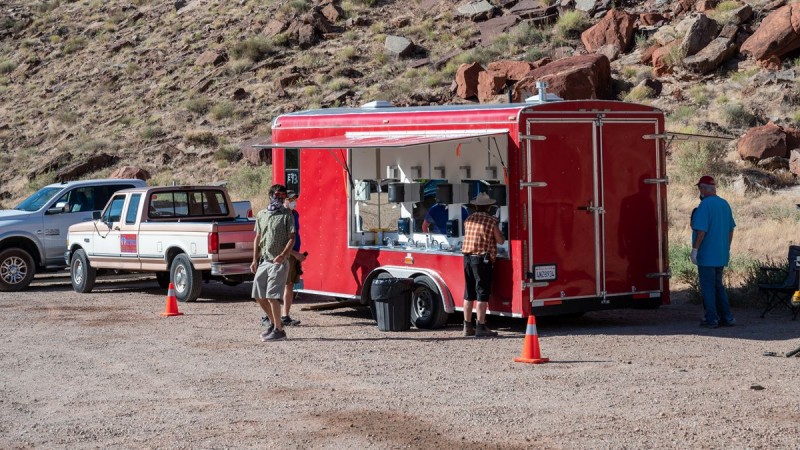 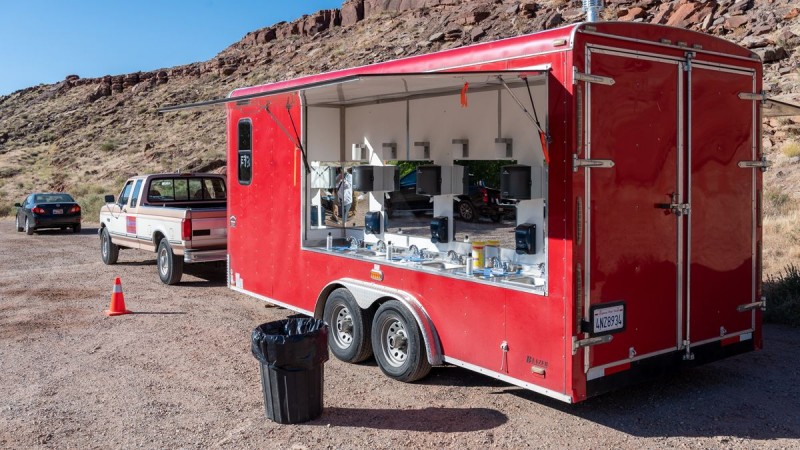 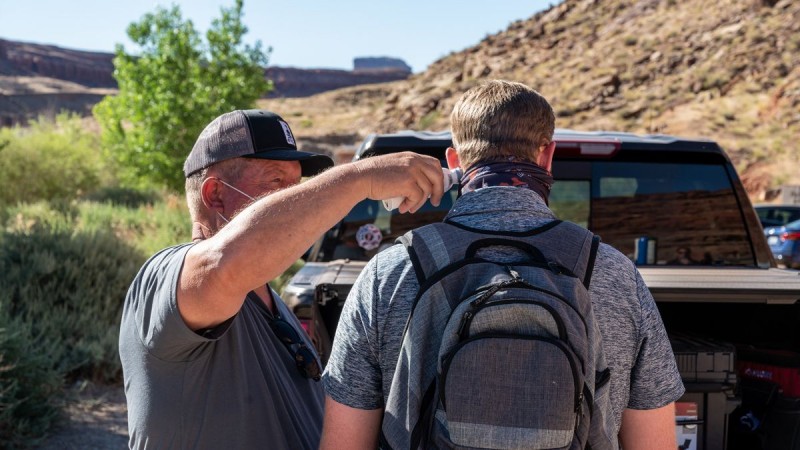 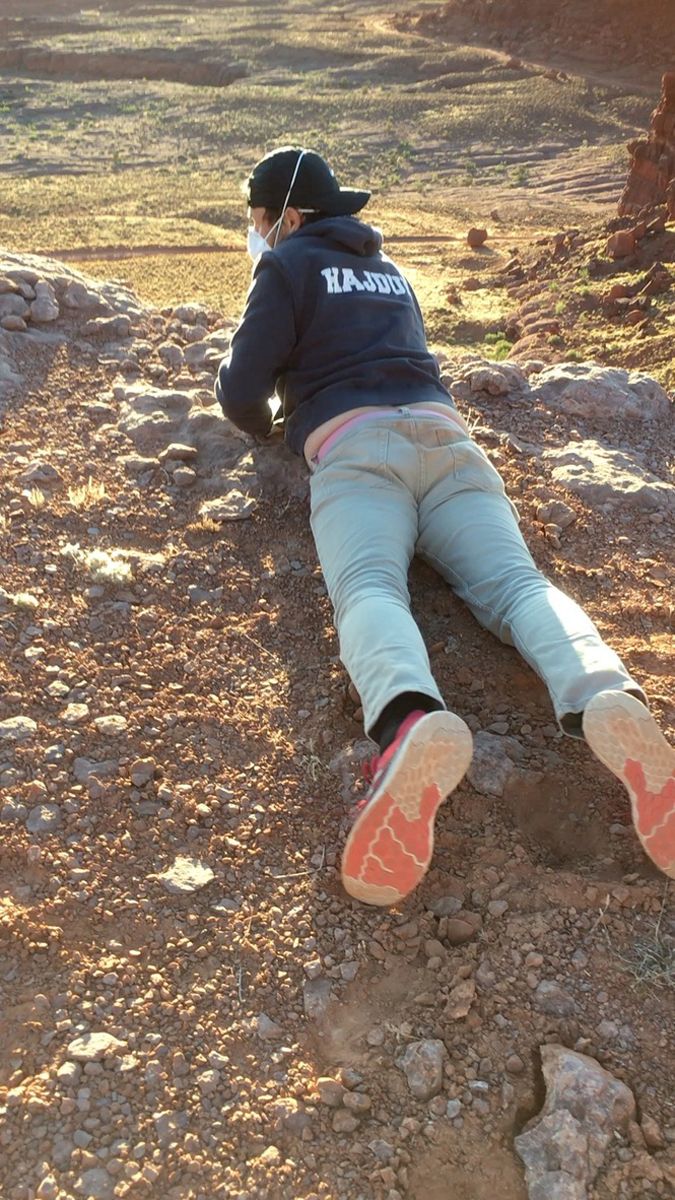 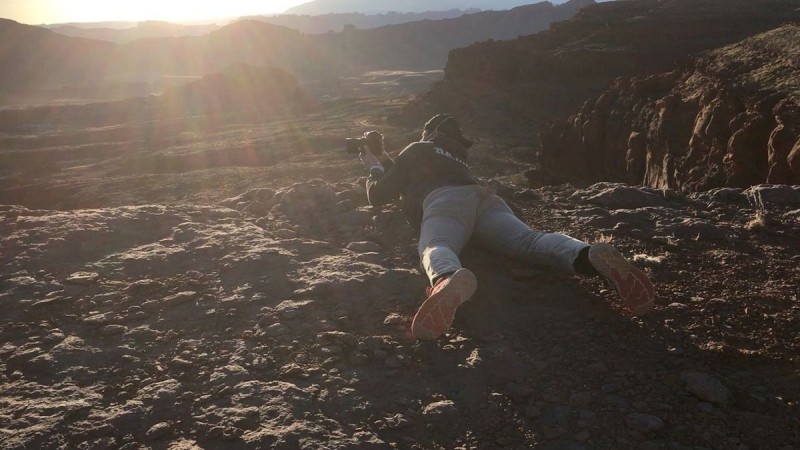 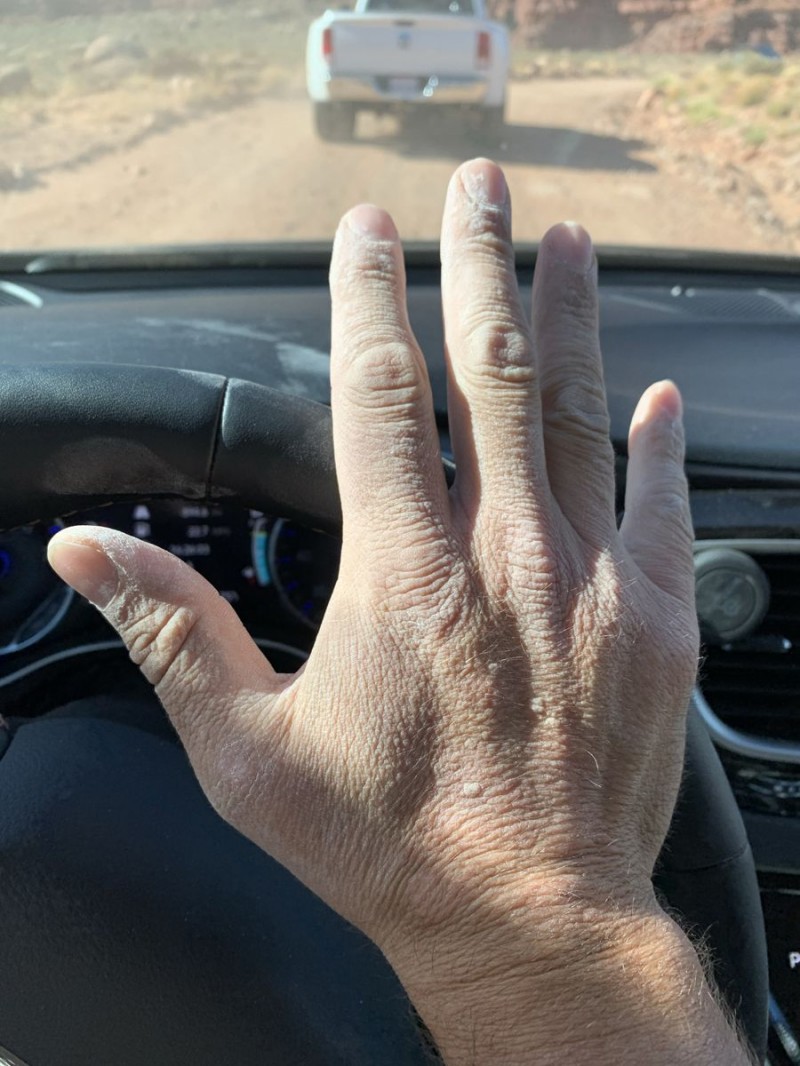 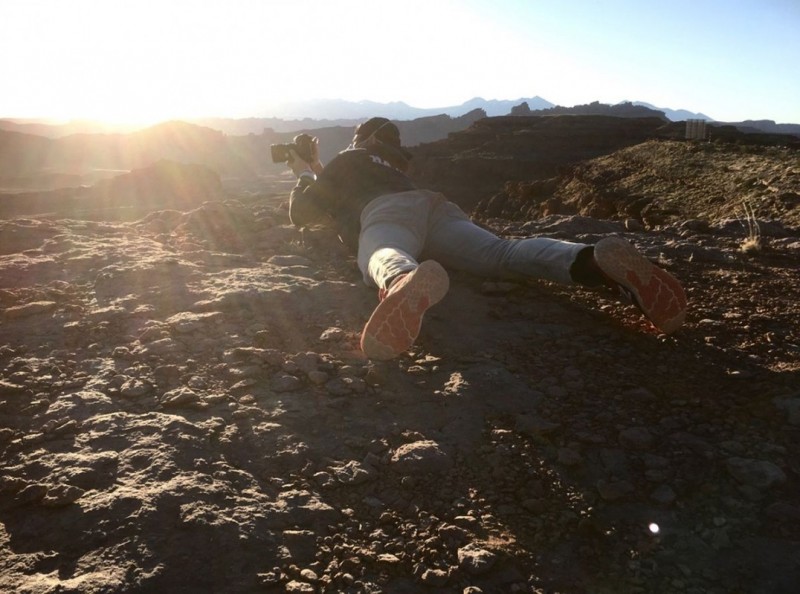 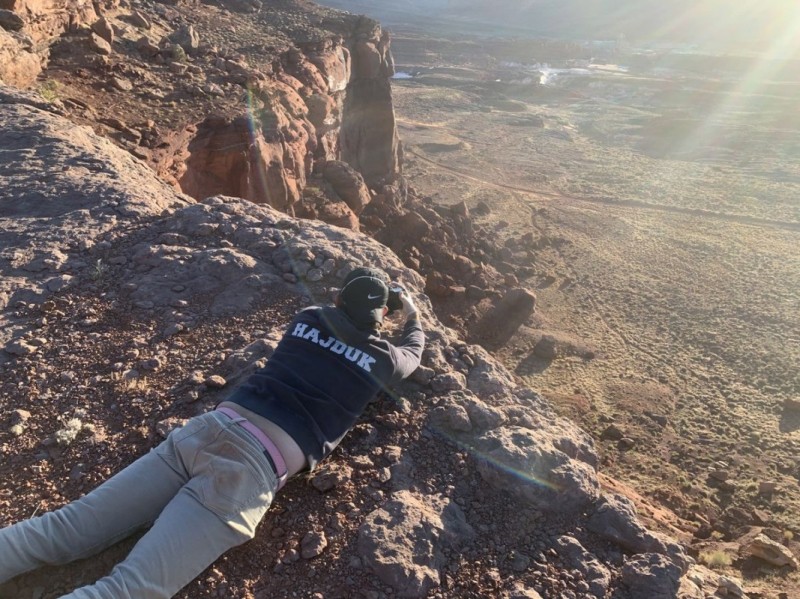 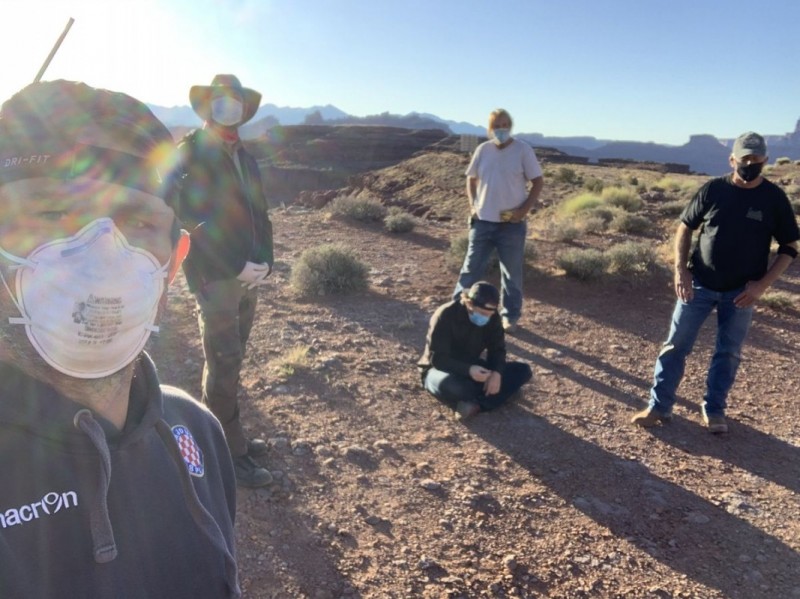