Clark Vandergrift’s Tribute to the First-Responder in His Family

The 60-second video that Clark Vandergrift recently licensed to Blue Cross Blue Shield of Vermont began as a self-assigned project he shot in April. At the time, he was quarantined at home in Maryland, so he used the talent and sets he had on hand: His family, and two rooms in his house.

His two younger sons play two boys at home at night who decide to contact their mom. When her face appears on FaceTime, we see that she’s a nurse. Vandergrift’s wife in real life is a labor and delivery nurse. Vandergrift’s older son held the boom mic and ran the audio mixer.

A photographer for 25 years, Vandergrift has been shooting videos for about 15. For advertising clients who include financial, insurance and outdoors companies, he is often shooting in dramatic landscapes or creating polished conceptual images. Most of his video work involves directing models, but he recently completed a documentary, “Warpath,” about high school wrestlers. The script he wrote for his family to act gave him an opportunity to show his ability to direct an emotional narrative. “A lot of the work I do is location-oriented, but this is something I wanted to do to show my ability to work with talent,” he says. “Maybe half of the work on my website is self-assignments. I like to constantly create images of the things I would like to be shooting. By doing that, you put yourself out there.”

He shot the video over two consecutive nights, after the kids had finished homework. He shot with his own RED Gemini. To light the dark kitchen realistically, he placed LED lights in places with light fixtures: quasar crossfade tubes under the kitchen cabinets, a Litepanels Gemini in the room glimpsed through an open door, and a DP Lumi that hung from a recessed light adapter. To record the minimal dialogue, he first adjusted the settings on his audio mixer, then handed off his audio equipment to his oldest son, who has assisted on several of his father’s personal projects. To get the brief clip of his wife that appears on boys’ phone screen, he filmed her in her scrubs in a hallway of the house, standing against a white background that suggested a hospital interior.

Vandergrift edited the video himself using Premiere Pro. He began taking editing classes about 10 years ago. “I’m pretty proficient at it,” he says. He edited the 60-second clip of piano music, so that its tones underscored the emotional turning points in the story.

“Actually, my wife cried when she saw it for the first time,” he says. “My boys are harder to impress. They’re teenaged boys. I think they enjoy seeing themselves and taking part, they just don’t like me to see it.”

Others, however, have been impressed. Vandergrift asked a sales rep at his agency, Wonderful Machine, to send it to potential clients. Blue Cross Blue Shield of Vermont licensed the video for online and social media use during National Nurses Day in May.

Vandergrift, who has recently been shooting location assignments again, is pleased with the result of two nights of work in his kitchen. “I had a great time doing it. I’m really proud of my family.” 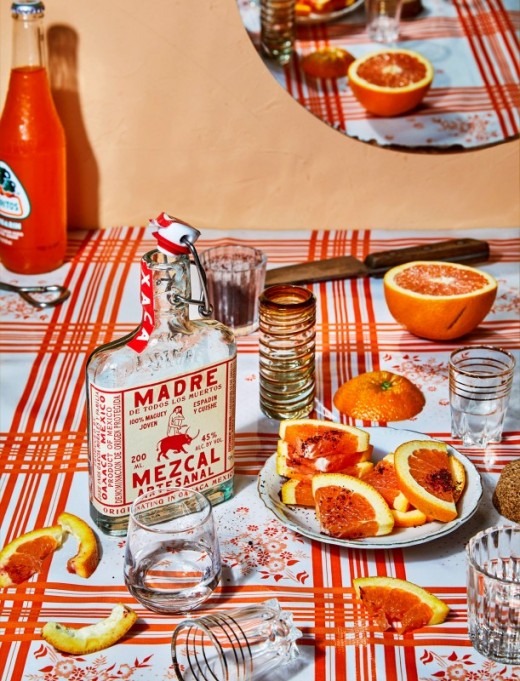